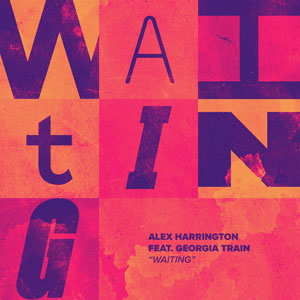 Alex has been crafting his sound over the past seven years with remixes for the likes of Date Night, Stephen Richards and Electric Teasure. Alex has released on labels such as Daiquiri Hawk, NYLO and Disco Fiasco Records as well as played at numbers venues and festivals around America including; Splash House and Coachella opening for acts such as The Knocks, Purple Disco Machine and Just Kiddin’

It’s been suggested that Georgia Train is heading in the same direction as artists such as Sia and Adele, with soaring vocals and a poignant lyrical concept, at times hard to grasp, but after a few listens the layered meanings really begin to hit you hard. We’re excited for this one and we’ll be keeping a keen eye on Hookers in future too. These guys could end up key players in pop by 2020.

Perfect Havoc is the ideal label for 'Waiting'; a forward-thinking independent record label and artist management company on a mission to discover the freshest talent and the biggest tunes. Its in-demand artist roster, has delivered both crossover and underground club cuts, racking up over 80 million streams, platinum sales awards, big name remixes and releases on the likes of Kitsune, Ministry of Sound, Polydor, Toolroom, Astralwerks and many more.