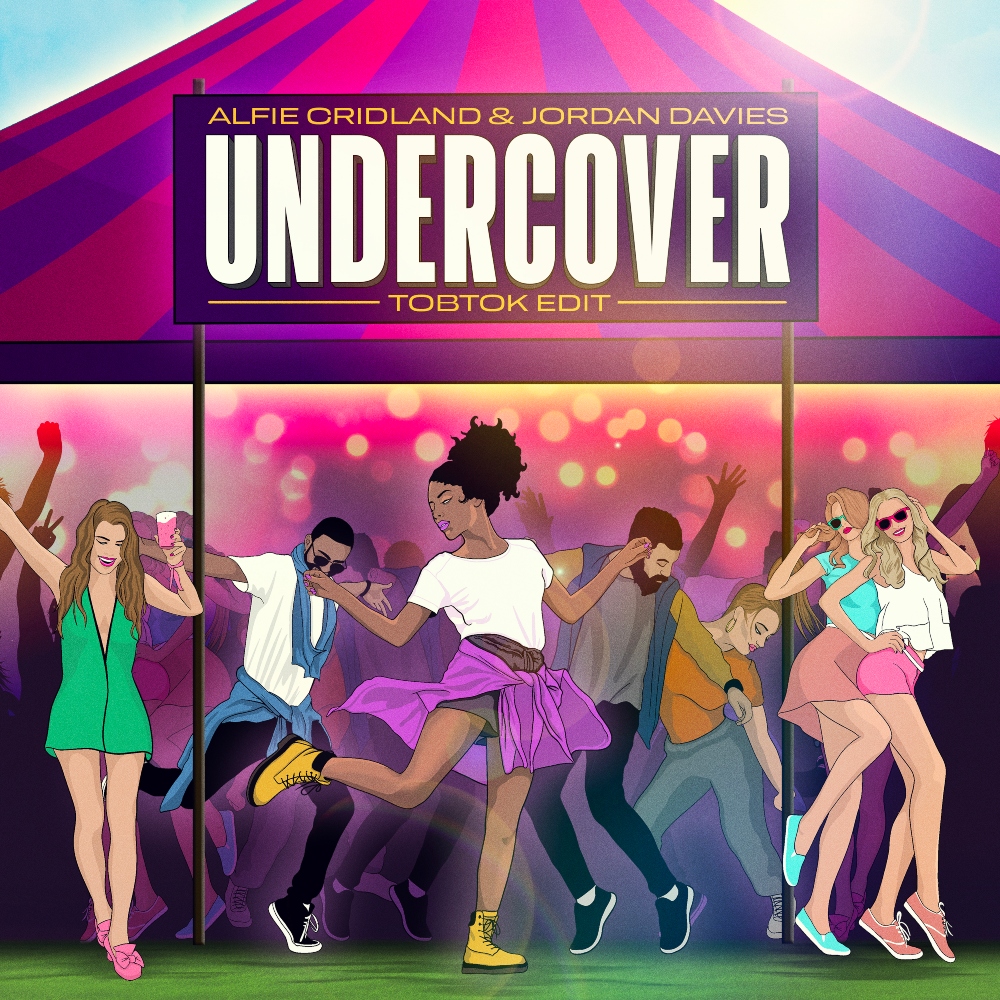 Meeting five years ago at a boat party in Zante, Davies and Cridland have DJ’d in clubbing hotspots all over Europe. But the journey from reality TV star to music producer wasn’t an easy one.

Davies said, “It was tough. When I first started 4/5 years ago, I used to get thousands of abusive messages, daily, to the point where I was like, do I even continue this, as it was a lot to take. But I love music; it’s always been a passion of mine and I didn’t wanna let the abusive comments stop my dream.”

Making his dream a reality, Davies premiered the new track at a special launch event at London In The Sky on 30th June. Attended by guests including Davies’ girlfriend and co-star, Isobel Mills, and Love Island stars Shaughna Phillips and Michael Griffiths, Davies and Cridland DJ’d on raised platforms 100ft in the air over Greenwich, with mixologists on hand to entertain guests and music industry alike.

‘Undercover’ is the perfect tune for the return of festivals – it is high-spirited with joyful piano chords and a soaring vocal melody that will stick in your head.

This isn’t, however, the first outing musical outing for Davies. In 2020, he released ‘Let Me Love You’ with Gavin Francis, a remake of the Justin Bieber classic that reached 1.5 million streams on Spotify. It was followed up with ‘Pose Like That (feat. Scrufizzer)’, which hit an impressive 300k streams on Spotify in its first week alone.

With ‘Undercover’, Jordan is making a statement of intent and will thrive even further in this collaboration with the talented Alfie Cridland.

Cridland first made an impression on ‘Lighter’ producer, Nathan Dawe to win his DJ competition and went to tour with Dawe across Europe. Also signed to Perfect Havoc, previous singles from Cridland include his debut single with Paul Kay, ‘Last Day In Paradise’ (No. 5 in the iTunes UK Main Chart) and his biggest track to date, ‘New Levels’ with Tobtok, which was Scott Mills’ ‘Tune Of The Week’ on BBC Radio 1 and was played in the opening episode of Love Island 2021.

What really brings ‘Undercover’ to life is the edit from Tobtok aka Tobias Karlsson, one of the most talented artists leading the new wave of Swedish electronic music DJ / producers. He has generated over 400+ million global streams and has a double platinum record to his name in Australia with his rework of ‘Fast Car’ and enjoys regular DJ and radio support across Radio 1, KISS FM and Capital Xtra.

‘Undercover ’is another solid release from the London-based independent, Perfect Havoc which celebrates its 5th anniversary this year. Its roster also includes Joel Corry, Oliver Nelson, Just Kiddin, PS1, Kokiri, Bingo Players, Simon Field, and Parx, amongst others. The label and management agency has a fast-rising status underlined by five UK Top 20s – including PS1’s ‘Fake Friends’ featuring Alex Hosking - platinum certified records, and over one billion streams. The future is very bright for this forward-thinking label.