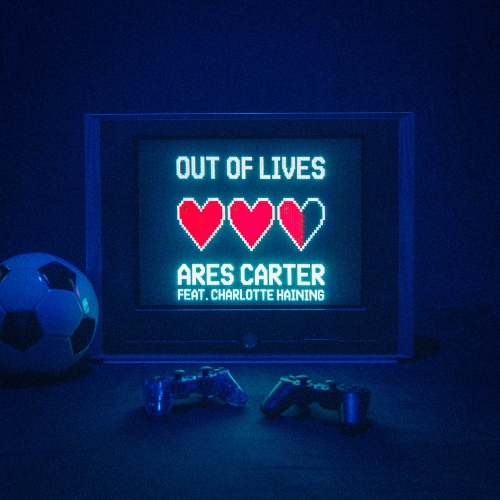 Perfect Havoc, the  label that brought you top charting artists Joel Corry and PS1, welcome Ares  Carter to the label with ‘Out Of Lives (feat. Charlotte Haining)’. ‘Out Of Lives’ is an immense sounding piano house track with  Carter’s signature bouncy breakdown and a more clubby sound production that  weaves Charlotte’s lush vocal perfectly.

Ares Carter  started off as the official DJ for iLoveMakonnen, developing his skills as a  globally touring DJ alongside the acclaimed hip-hop/pop artist. Not long  after, performances at festivals like Electric Zoo NYC, Mysteryland USA, and  Diplo’s Mad Decent Boat Party helped turn Ares Carter into a desirable name  across the United States, giving him the opportunity to open for A-list  artists such as Diplo, Kygo, Martin Garrix, Steve Aoki, and Lee Foss.

Ares Carter's  single “Faking” on Spinnin’ Records amassed over 3 Million streams to date.  The track became a success on dance radio, receiving a coveted Billboard  Dance premiere, heavy editorial support from Spotify in over 11 New Music  Friday playlists, and support from the likes of Martin Garrix, Afrojack,  Black Coffee, and others. His official remix for The Chainsmokers’ hit single  “Push My Luck” also surpassed over 2 Million streams across all platforms.  His latest release “Next To Me,”  a  club-ready collaboration with ILoveMakonnen has already received huge support  from Oliver Heldens who signed the song to his Heldeep Records label and has  been featured by Spotify in massive playlists such as Dance Rising and Friday  Cratediggers.