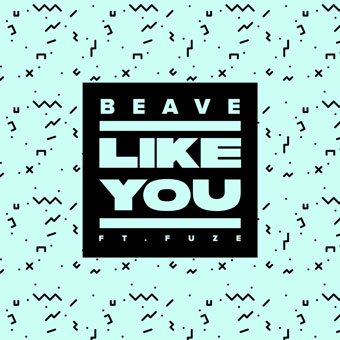 Coming from rising star Beave and rap artist Fuze, 'Like You' is a high tempo club banger that doesn't let go, utilizing a euphoric vocal sample and several bars of cleverly placed rhymes from Fuze.

Beave is a24 year old DJ, producer & singer-songwriter from Essex, UK. With huge Youtube success over the years on his remixes, he combines the staple UK House sound with modern RnB & Hip Hop influences to create trendy and floor-filling music.

Beave has hit over 40 million streams across all platforms and headlined in cities across the globe including New York City, Vienna, Hamburg, Dublin and more. He’s also gained radio play from some of the biggest DJs in the game such as David Guetta, Major Lazer, Tiesto and Dimitri Vegas & Like Mike.

He has released on Storm Music, opened up for Sigma and went viral with his cover of Olivia Rodrigo's Good 4 U