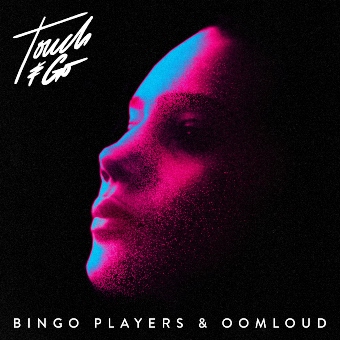 Perfect Havoc are thrilled to welcome Bingo Players and Oomloud to the label with their new collaborative single ‘Touch Go’. The Dutch megaproducers only release music to the highest standard and this track is no different. Sleek beats and smooth chord build up leads to a chorus of playful staccato synths that work perfectly in tandem with the vocals. The high production quality stamp that Bingo Players and Oomloud put on their work can only certify this track as one thing: dance anthem.

Stylistically, Bingo Players utilized a choppy form of tech house until 2011, where they would shift into the modern-day dance scene that has garnered them gold and platinum certified records across the globe in territories including the US, UK, Netherlands, Australia, in addition to many others. In addition to DJing and producing, Bingo Players own and operate Hysteria Records. The label releases many of Bingo Players’ singles in addition to tracks from other electro house producers, including Swanky Tunes, Reebs, Stadium X, Laidback Luke, Tommy Trash, Bali Bandits, Oomloud, Bassjackers, MAKJ, Sandro Silva, Ralvero and Gregori Klosman.

In May 2011, Bingo Players released “Cry (Just a Little)", which borrows lyrics from Brenda Russell‘s “Piano in the Dark“ which was a top 40 hit in multiple territories. In the same year, Bingo Players had a follow up hit with their record “Rattle“. The song charted in the top 40 in the Netherlands, France, Sweden and Denmark.

In 2013, a revamped version of “Rattle” titled “Get Up (Rattle)“was released and became a number one single in the United Kingdom in addition to being a top 10 hit in Germany, Austria, France, Australia and other parts of Europe. The single has been certified gold in Canada, silver in the UK, and four times platinum in Australia. Bingo Players is the first Dutch act in over 25 years to attain a UK number 1 single.

On July 19, 2013, Bäumer announced on the duo’s Facebook page that he was diagnosed with cancer and that Hoogstraten would be representing the duo on the road for the remaining tour. Bäumer stated he would still be working in the studio as well as taking lead in running Hysteria Records, while seeking medical treatment.

On December 17, 2013, Bäumer died after having cancer for over a year. Hoogstraten announced the news on Facebook on December 18. He had cancelled all upcoming shows to take time off to mourn the loss with his family and friends.

In 2014, Bingo Players announced that Hoogstraten would be continuing on as a solo act, as per Bäumer’s wishes. Around the same time, Bingo Players released “Knock You Out”, which became the group’s first number one song on the US Billboard Dance Chart. Featuring the lyrics “My fight is won, Who needs a gun, Boom-boom, Knock you out” sung by Kim Viera, who is not credited and co-written by SIA, it is considered to be a tribute to Bäumer and his struggle with cancer.

Bingo Players has continued totour the world with residencies in Las Vegas at Hakkasan, Hard Rock and Drais as well as a multi-year residency at Premier in Atlantic City. He’s performed at Coachella, Tomorrowland, EDC Las Vegas, Ultra Music Festival, Electric Zoo and Creamfields. His beach club and pool side day club touring property, Bingo Beach, has been a huge success.

Consisting of two long time friends who share a passion for house music, Oomloud was a project waiting to happen. After successfully working on their individual careers, these guys decided to work together and quickly realized that there was that famous click. Learning from each other, adding techniques and combining styles to create a flow that has already resulted in an impressive collection of tracks. After their debut track 'Tic Toc' with Bingo Players, the Dutch producer duo continued to develop their unique bouncy and clubby sound, which is already supported by some of the biggest DJ’s in the likes of Martin Garrix, AVICII, David Guetta, Hardwell, Bingo Players, Afrojack and many more.

Next on their journey was the release of their EP on Musical Freedom, which featured the tracks 'Pyramids' and 'Yummy Funk' and their EP ’Planet Öom on Hysteria Records that featured ‘Rumbabox’.  These records were premiered by Tiesto, Axwell and Alesso at Tomorrowland and Ultra. Their release on Heldeep Records called ‘Body Pop’ was the icing on the cake to close this amazing year.

2019 started great with their releases on Heldeep Records ‘Braincrash’ and ‘Like That’. In the first week the records became number one most heard and number one trending on 1001 Tracklists. Their next big achievement was the debut releases on Spinnin’ Records with ‘Platinum’ and XTC, which saw the support of some of the biggest names in the industry and have over 2MM streams. 2020 despite the crazy year they set another spree with big releases like, ‘Chop’, ‘Get Together’ and ‘Brighter Days ‘ which have over 3MM streams.