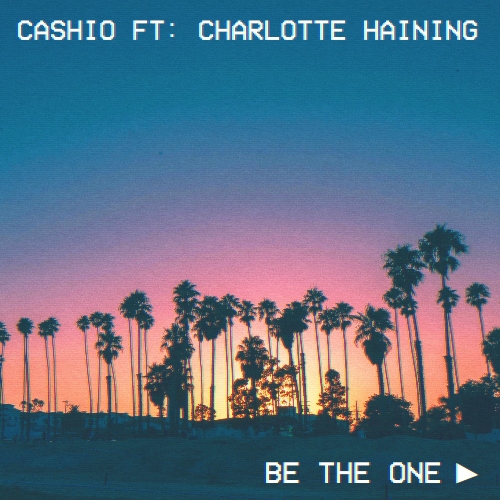 Cashio - Be The One (feat. Charlotte Haining

Cashio is the brainchild of two producers who formed a partnership through a shared love for House music, visits to Ibiza and undiscovered disco samples from years gone by. Trawling through an inherited and much-loved vinyl collection, the pair have created a wealth of new music based on hidden gems that would otherwise been forgotten

After sending out 'Dancing (With Me)' to a few select tastemaker DJs ahead of Winter Music Conference 2019, they knew they were onto something when The Black Madonna, Weiss, Paco Osuna, DJ T, Riva Starr, Tensnake and Severino/Horse Meat Disco started supporting it. Shortly after, the record soon found its way into the hands of Annie Mac and Danny Howard who both started played it on their Friday night BBC Radio 1 shows

Despite being made in the depths of winter in a freezing Peckham studio, ‘Dancing (With Me)’ was designed for the big sun-soaked Ibiza moments. In fact the protocol was “will this set off the massive confetti cannon at Elrow?!" It was then released on the infamous Toolroom Records.

This is the second peek into Cashio’s record box as Be To One as their next single alongside Charlotte Haining!

Leeds native, Charlotte, comes from an electronic music background, having worked alongside a number of well-respected dance music producers, with a noticeable leaning towards all things Drum and Bass. Responsible for some of D&B's most exciting and well received vocal excursions in recent years, she has written and performed alongside the likes of Hybrid Minds, Friction, My Nu Leng, Pola & Bryson, Kove and Zinc amongst many others.

After a sold-out UK tour last year, Charlotte is back alongside Hybrid Minds as their lead vocalist in 2021. They will be taking the 'Outline' tour to the stage once again for another run in some of the country's most iconic venues including a date at o2 Academy Brixton. Having spent time collaborating and performing alongside many of her musical friends and heroes,2020 has seen a major new milestones in Charlotte’s journey; as she releases her first ever solo material. Stepping out into the spotlight as a solo artist after years of collaborative projects, this new material sees Charlotte explore a whole new side to her sound, something which is very much the antidote to her electronic excursions, whilst still being unmistakeably her. The first three singles (Carried Away, Daydreamer & Young) are out now.