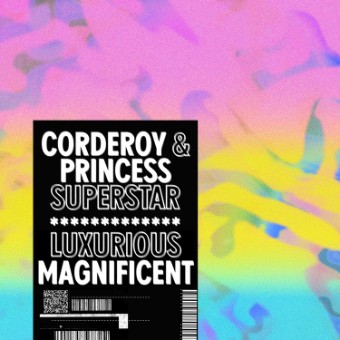 Corderoy (real name Dale Corderoy) is undoubtedly one of the most exciting exponents of the future electronic scene. His productions have been described as fresh and innovative by some of the leading players in electronic music and his records have been consistently backed by the big names that count. Combining elements of House, Trance, Progressive and leftfield electronica as well throwing in some rock influences Dale is now starting to mix it with the big boys.

The Bristol based producer’s previous releases on Don Diablo’s ‘Hexagon’ records made serious waves and have amassed millions of streams online. In the last twelve months Corderoy has released with the likes of Tiesto’s AFTR:HRS, Enhanced Records, Armada and Garuda. Dale also runs his own imprint, CDRY. This is somewhere he can really let go creatively. The label is now into double figures in terms of releases and doing well.

“There are no genre restraints which allows me to be creative and experimental. I’m not jumping on bandwagons or staying within one tight niche with this label” Corderoy

On top of strong releases Corderoy has also provided remixes for the likes of Mason’s classic ‘Exceeder’ and Paul Oakenfold’s ‘Ready Steady Go’. Being open minded and extremely versatile is very definitely his modus operandi. Always keen to show he’s not scared of fusing big melodies and great vocals Dale is constantly looking to deliver fresh sounding material that works on dance floors and headphones alike. His sideline composing for National Geographic and the UK Space Centre brings in strong musicality and discipline that filters back into his tunes. As Dale stamps his unique mark in dance risks will be taken, boundaries battered down and ultimately his music will filter into the ears of the masses.

With two top 20’s under her belt including 'Bad Babysitter' and “Perfect Exceeder” (#3 on the UK charts), Princess Superstar has recorded 7 astonishing albums. She has had numerous collaborations with amazing musicians like Armand Van Helden, Moby, Kool Keith, Prince Paul of De La Soul, Chilly Gonzales, DJ Hell, The Prodigy (she was featured on their album which went to #1 in the UK,) the legendary Arthur Baker, Stuart Price (Madonna), and more. Her dance smash with Larry Tee “Licky” was just featured in two #1 movies the Judd Apatow film “Get him to the Greek” with Puffy and Russell Brand; and “Hall Pass.”

Princess was featured rhyming on Grandmaster Flash’s album which also featured Q-Tip, Busta Rhymes, Snoop Dogg and other hip hop legends. She was even also an early producer/mentor of the #1 artist Lana Del Rey. “I’m a Firecracker” featured producers like the Rural, who produced the Gorillaz and Beyonce; Nyceboy, smash producer of JLo/Fat Joe; Shawn Lee of the Ping Pong Orchestra; plus Princess’ own production.

Princess is also a comedian - collaborating with famed comedian Margaret Cho; and she was also featured on Inside Amy Schumer Season 4, rapping on a hilarious skit “Beautiful.” She even recorded a children’s album called 'These are the Magic Days'. 2019 marks the release of “Look what I Found!” - B-Sides and Rarities of her 20 years in music with production by Jr Sanchez and Andrew Wyatt (Miike Snow, Lady Gaga) Also out now : 2020 the anthem for the new decade!