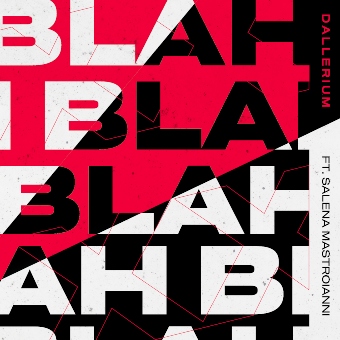 Considering the success of Dallerium’s recent outing on Perfect Havoc – a collaborative rework of Jennifer Hudson’s ‘Spotlight’ with Alyx Ander that amassed over3million global streams - big things are in store for this killer new release.

Dino Travaš and Tomislav Zovko a.k.a. Dallerium are up and coming producers from Zagreb in Croatia. Their breakout track ‘Need U’ released on LYD in 2018has received over 4 million streams to date. It laid the foundations for a string of successful releases and remixes on such labels as Sony Music, Future House Music, Selected and Musical Freedom, and a myriad of top-tier DJ support from Tiesto, Martin Garrix, Hardwell and many others. The duo’s remix of ‘Swear To God’ by Famba on Sony made such waves that 1001Tracklists tipped the remix at #4 in its Newcomers Chart. Also a career highlight was the 2020release ‘Spotlight’,  a rework of Jennifer Hudsons track of the same name, which in addition to Miami house producer, Alyx Ander, featured one of dance music’s most in-demand voices, Kaleena Zanders, courting big radio support from the likes of BBC Radio 1,SiriusXM BPM, Music Choice and Channel Q and has amassed over 3 million global streams. With a slate of more original material scheduled for 2021, expect to hear a lot more from Dallerium.

Salena Mastroianni, who after years of performing as a backing vocalist for the likes of Rita Ora and Kesha, to name just two, now stands in her spotlight across a number of original house records. Mastroianni has penned lyrics for the likes of Pleasure Generation, Danny Avila, Philip George, andWh0, and her track ‘Is it Real?’ with Tobtok, Oliver Nelson and Simon Field has clocked nearly 6 million global streams and counting. Her soulful voice and emotive lyrics are to get truly lost in.