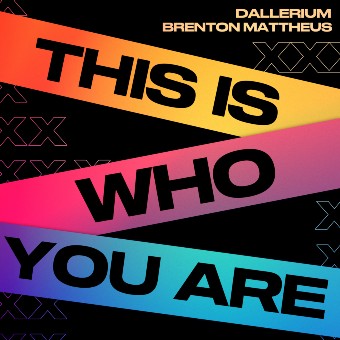 Dallerium (Feat. Brenton Mattheus) - This Is Who You Are

Perfect Havoc, the label that brought you top charting artists Joel Corry and PS1, now serve up the brand new single from the fast rising outfit, Dallerium. Featuring UK singer-songwriter Brenton Mattheus, ‘This is Who You Are’ is a deep and driving house record with a hypnotic melody and haunting vocal performance to get completely lost in. Considering the success of Dallerium’s last outing on Perfect Havoc – a collaborative rework of Jennifer Hudson’s ‘Spotlight’ with Alyx Ander that amassed over 3 million global streams - big things are in store for this killer new release. Now available on all platforms!

Dino Travaš and Tomislav Zovko a.k.a. Dallerium are up and coming producers from Zagreb in Croatia. Their breakout track ‘Need U’ released on LYD in 2018 has received over 4 million streams to date. It laid the foundations for a string of successful releases and remixes on such labels as Sony Music, Future House Music, Selected and Musical Freedom, and a myriad of top-tier DJ support from Tiesto, Martin Garrix, Hardwell and many others. The duo’s remix of ‘Swear To God’ by Famba on Sony made such waves that 1001Tracklists tipped the remix at #4 in its Newcomers Chart. Also a career highlight was the 2020 release ‘Spotlight’, which in addition to Miami house producer, Alyx Ander, featured one of dance music’s most in-demand voices, Kaleena Zanders, courting big radio support from the likes of BBC Radio 1, SiriusXM BPM, Music Choice and Channel Q. With a slate of more original material scheduled for 2020, expect to hear a lot more from Dallerium.

Featuring on ‘This Is Who You Are’ is UK-based singer / songwriter, Brenton Mattheus. For almost a decade he’s been churning out both solo productions and guest staring on a variety of successful electronic releases that’ve seen support from David Guetta, Erick Morillo and Otto Knows. His most celebrated track to date is ‘Forever’ with the young Swedish producer, Vanze which accumulated over 10 million streams globally. After a two-year break and since returning to collaborate with Dallerium on ‘Can You Feel It’ for Musical Freedom, Mattheus is back with fresh ideas and a new approach, and he’s already sounding better than ever.

‘This Is Who You Are’ marks yet another huge release for Perfect Havoc. Its breaking talent roster includes Joel Corry, Tobtok, Karen Harding, PS1, The Aston Shuffle, Mahalo, Eat More Cake and Parx to name a few. The label has hit half a billion global streams, holds platinum sale awards and has three UK Top 10 singles including a No.1 with Joel Corry & MNEK ‘Head & Heart’. The label A&R’s have an acute ear for both underground and mainstream hits, licensing to labels including Atlantic Records, Big Beat, Columbia Records, RCA, Ministry of Sound, Polydor, Toolroom, Thrive and Astralwerks.