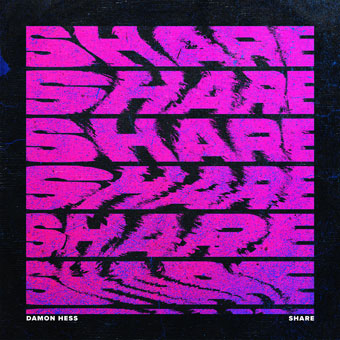 Perfect Havoc kicks off the new year by welcoming back UK producer Damon Hess for the third time with his brand-new single Share.

Damon started in music back in 2010, self-taught Dj, & Professional Drummer, originally a Commercial House Producer but in 2017 edged his sound to the more deeper sound of house, finally finding were he felt comfortable in the underground scene.

Share marks yet another quality release for Perfect Havoc. The label has now achieved over 300 million streams on Spotify and Apple with tracks from its roster of breaking talent such as Joel Corry, Oliver Nelson, Tobtok, Mahalo, Eat More Cake, Karen Harding and Kokiri, The label has a highly tuned ear for both underground and mainstream hits, licensing to labels including Atlantic Records, RCA Ministry of Sound, Polydor, Toolroom, Thrive and Astralwerks. Perfect Havoc is also a dab hand in the club world, throwing pop-up parties around the globe in London, Norway, Sweden, LA/San Francisco, Paris and South Korea.