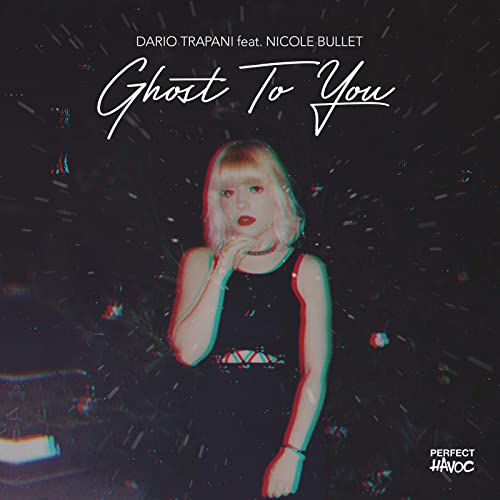 Italian DJ and producer Dario Trapani returns to Perfect Havoc with his brand new dance single ‘Ghost To You’ featuring vocals from fellow Italian singer/songwriter Nicole Bullet.Dario Trapani began his journey in 2002, after a few years working hard in the studio and perfecting his sound, Dario began to climb the charts on Beatport, performing abroad in countries such as Austria, Switzerland and Germany whilst releasing on labels such as Cupido Records, Feiyr, Stranamente Music, Primula Records, Pulse Code Records, Phantom Recordings, Reflective Music, Black Lizard, Recovery House and many more. ‘Make Me Feel’ was Dario’s first release on Perfect Havoc back in 2018 which achieved over 318,021 streams on Spotify alone with DJ support from the likes of Tiesto, Silvio Carrano and Tom & Hills.Dario has also remixed for the like of David Guetta, Avicii, Dev, Vince Morke, Guru Josh Project, Mathieu Bouthier, Charlie G & Grok, Bastille and seen DJ support from some of the biggest DJs in the world such as Axwell, Don Diablo, Ummet Ozcan, FireBeats, Juicey M and Markus Schulz.Nicole Bullet, originally from Sicily and currently residing in London is a 21 year-old singer/songwriter. After being in several local bands and traveling between Europe and the United States, in 2016, Nicole was awarded a scholarship for the Song writing course at the institute of Contemporary Music Performance with her song ‘Dark’ and moved to London to pursue her music career. Nicole Bullet’s sound is a mixture of cinematic, electro pop and lyric driven indie. Her dark metaphors and symbolism, at times uncomfortable, combined with her raw voice and atmospheric productions keep the listener on the edge as she draws them in, rather destructively unafraid to bare her soul.