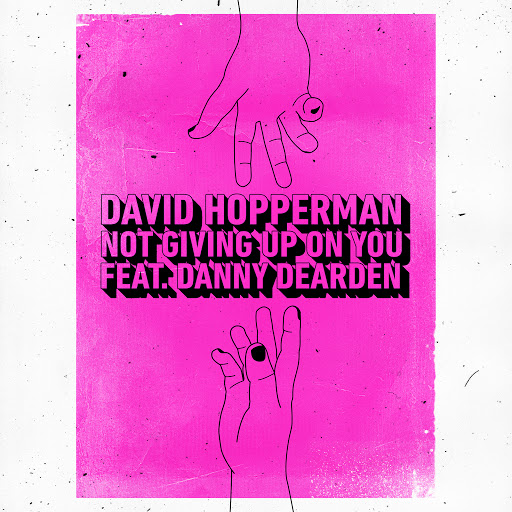 David Hopperman - Not Giving Up On You (Feat. Danny Dearden)

Perfect Havoc welcome back French producer and DJ David Hopperman with his new dance record ‘Not Giving Up On You’ with vocals from UK singer songwriter Danny Dearden!Born in the 80's, David Hopperman is a French DJ / Producer who started his career from a very early age in Europe, but everything sped-up when he started his residency at Les Caves du Roy in St Tropez in 2010. After producing more than fifty tracks on labels like Cr2 Records, Spinnin, Juicy Music and Armada, David had the opportunity to sign on Afrojack's label "Wall Recordings" with "Make Up Your Mind" & "Kind of Trashy ". Signatures that made him the only French artist to sign on this international label. David has also played at well known festivals and venues around the world such as Ultra Music Festival in Miami along with seeing support from some of the worlds best known DJs such as David Guetta, Tommy Trash and Afrojack.In the last year Manchester born singer / songwriter, Danny Dearden, has quickly established himself as a definite “one to watch” in the music world. His track “Take on the World” which he co wrote and recorded with up and coming duo The Holografik, was released in May and peaked at number 6 on the iTunes Singer / Songwriter Chart. The track was also featured twice on BBC Introducing, where it was described as huge and anthemic.During 2018, he released his collaboration with highly acclaimed French Producer, Michael Calfan for the huge summer anthem “It’s wrong” which he co wrote with Michael and house diva Kelli-Leigh. The track was featured on numerous Spotify playlists including 14 New Music Friday’s, Friday Cratediggers, Massive Dance and was added to DJ playlists including Martin Garrix, Martin Solveig and The Magician. The track went Top 10 in the Music Week Pop Chart and 4 on Cool Cuts. And received massive critical acclaim. Including a Magician Remix, the track is close to 2.5 Million Streams on Spotify and still growing by the day. Danny recently collaborated with Stanton Warriors for the anthemic “What you got now” which had a first play on Radio One by Annie Nightingale.