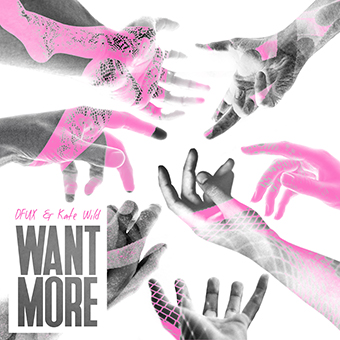 DFUX (pronounced “dee-ef-u-ex”) are an electronic production duo consisting of George Hill and Joss Hamberg. Both hailing from the United Kingdom, the pair actually met for the first time while abroad in Spain, where they both pursued their education at the same school. It was only 6 years later after having finished their studies and went their separate ways that they decided to re-connect, which lead to them realizing that they both had an interest in writing electronic dance music. This sparked an idea and the DFUX name was born.

2017 marked the debut year for DFUX, which saw series of self-releases ‘Crazy,’ ‘Burning,’ and ‘My Love’ which racked up plays on streaming platforms. Late 2018 and early 2019 the boys teamed up with Steve Void under his ‘Strange Fruits’ imprint for their back to back releases of ‘Remember’ and ‘Runaway’ which started to showcase more of their unique sound of electro-deep house, a fusion of big synths and dark elements.

Gaining streams and followers across all platforms, DFUX caught eye of major labels and released an official remix John Newman’s ‘Without You’ via Univeral/Island records. In late 2019 ‘Lullaby’ a collaboration with UK countryman Tom Ferry was released on Axtone, a major dance label run by Axtone. Surpassing expectations the song went on to garner over 1 million streams and receive support from some of the biggest acts in the dance music world, including Tiesto, Morgan Page, Thomas Gold and also received radio play on Sirus XM, BPM. This new year brings new promises and new material from DFUX. Be on the look out for this promising young duo, this is only the start of an exciting career. elements.

Kate Wild is a London singer, songwriter and vocal producer who founded 91Vocals, the premium vocal sample label. Her vocal kits are among some of the best selling on the industry's leading sample platform 'Splice', and have been used by artist heavy hitters such as David Guetta, Luciano, Bring Me the Horizon, JHus, Bahd Barbie, Breathe Carolina, Dannic and Jay Hardway. Her inspirations stem from listening to a big range of music growing up, but it was always impressive vocal power houses like Christina Aguilera and Celine Dion that drew Kate to singing.

"A powerful and versatile session singer, who has a great voice full of character and soul which works perfectly for pop, R'n'B, electronic and dance styles" Loopmasters.

Kate Wild is a singer, top-line writer, lead and backing vocalist, vocal arranger and experienced in both live and studio environments.