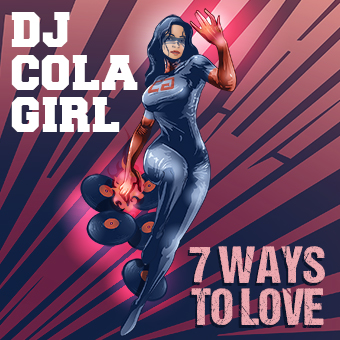 Perfect Havoc welcomes a brand-new name to the label; DJ Cola Girl with her debut single 7 Ways To Love, a remake of Cola Boy – Seven Ways To Love which was released back in 1991 and rose to #8 in the official UK charts.

DJ Cola Girl is an intergalactic sexy musical project born from a fascination and love of 90’s acid house which lead Cola Girl to obsess about St Etienne during bouts of excessive 5am listening seasons and then discovering their biggest success came from this obscure random italo house song called 7 ways to Love.

After the 300th back to back listen it was decided that this song needed to be brought back to the masses and DJ Cola Girl was created in its image. Part superhero, part insta model, part DJ. Perfect Havoc was chosen as the partner to release the song having passed previous audio tests and DJ Cola Girl stormed their offices and demanded access to the label’s 1990’s double cassette boom box and the rest, they say, could be history.