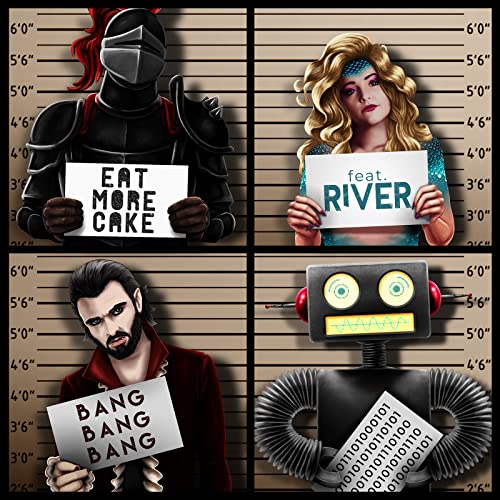 Eat More Cake are a DJ/Production/song-writing collective from Harrow in North-west London, whose sound incorporates elements of Dance, Chill-out and Hip-hop. At the forefront of the group Is Andrew Briggs, who’s musical skills range from song-writing, production, djing, vocals and rap - a true multi-talented creative who’s vision is to set himself apart from the norm of electronic dance music and break boundaries. With releases and remixes on Strictly Rhythm, BBE, D:Vision, Big Beat, Toolroom and radio plays on Radio 1, Kiss FM, Capital Xtra, Xfm, BBC 6Music, KCRW along with DJ support from the likes of Pete Tong, Danny Howard and Mistajam, it seems the big time beckons.Bang Bang Bang is the groups follow up single after their recent release Memories which made New Music Friday UK and Hot New Dance Beats on Spotify along with support from Mistajam on BBC Radio 1 and Andi Durrant on KISS Fresh. Bang Bang Bang features UK singer/songwriter River who is best known for her double platinum hit Fast Car with Tobtok in Australia amongst other collaborations with The Shapeshifters, Arno Cost, LU2VYK, GRMM, Oliver Nelson and Keljet.In the last year the group have released frequently on Hoxon based label and management company Perfect Havoc with tracks such as Heat Of The Night - included in the Dream League Soccer app and went to No. 1 on Hype Machine along with receiving support from Pete Tong on BBC Radio 1, Coco Cole on Capital Xtra, Judge Jules, Oliver Heldens, and The Aston Shuffle. Further releases included Hide From The Light which has surpassed over 1 million streams on Spotify, Animal, Set On You and Music Sounds Better With You, generating the trio over 5 million streams on Spotify alone.Eat More Cake are accomplished DJs - They have played at Ministry Of Sound, XOYO, Lovebox, Gatecrasher, Pacha and many more clubs and bars in the UK and Ibiza as well as private parties for Google, Twitter, Channel 4, Punch drunk productions, Chelsea and Arsenal F.C.