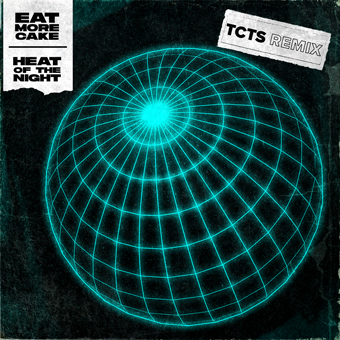 Perfect Havoc are thrilled to welcome TCTS to the label with his fresh new take on Eat More Cake’s ‘Heat Of The Night’. The Manchester veteran DJ/Producer, who is fresh off big releases on Toolroom and Selected, has taken the classic and made it his own by crafting a remix with his signature deep bass sounds and flawless production finesse.

Their latest release Show Me, released on Perfect Havoc, received rave reviews back in August and was supported by Apple Music. The single followed on from their previous tracks Inside Out, All I Ever Wanted and Memories which made New Music Friday UK and Hot New Dance Beats on Spotify along with support from Mistajam on BBC Radio 1 and Andi Durrant on KISS Fresh. Eat More Cake deliver an electro chilled house vibe with Show Me, and encompasses a unique brass sound mixed with a catchy vocal hook.

In the last few years the group have released frequently on Perfect Havoc with tracks such as Heat Of The Night - included in the Dream League Soccer app and also went to No.1 on Hype Machine along with receiving support from Pete Tong on BBC Radio 1, Coco Cole on Capital Xtra, Judge Jules, Oliver Heldens, and The Aston Shuffle. Further releases included Hide From The Light which has surpassed over 1 million streams on Spotify, Animal, Set On You and Music Sounds Better With You, generating the trio over 8million streams in total.

TCTS fuses house bliss, progressive experimentation, airtight techno, and unassuming pop appeal to invoke transformation in the club, at a festival, on the dancefloor, and beyond. In 2012, the acclaimed UK producer, artist, remixer, and DJ born Sam O’Neill initially made waves by submitting “Like This” to BBC Introducing and bubbling up in the scene with regular regional play.  Operating at a prolific pace, he served up These Heights EP [2013], Games EP [2014], and Body EP [2015]. 2017’s single “Do It Like Me (Icy Feet)” [feat. Sage The Gemini & Kelis] also amassed 10 million Spotify streams. With over 67 million streams to date, his profile just continued to rise. Acclaim came from NYLON, i-D, Stereogum, The FADER, Clash, MTV, Wonderland, Spin, Mixmag, Vibe, The Guardian, and more. Meanwhile, superstars such as Haim, Years & Years and 220 Kid and Snakehips tapped him for remixes.

He ignited Glastonbury, Reading & Leeds, Hideout, and Miami Music Week with stellar sets in addition to touching down everywhere from Australia and Asia to Ibiza where he performed at Amnesia and BBC Radio 1 and headlined Ocean Beach Club.  In 2019, TCTS made a conscious decision to evolve once again. Signed to Astralwerks, the next era kicked off with the first single “Lazerbeams.” The follow-up single “Not Ready For Love” [feat.Maya B] showcases the scope of his signature style. Ultimately, TCTS makes you feel like you’re back in the club the first time—every time.