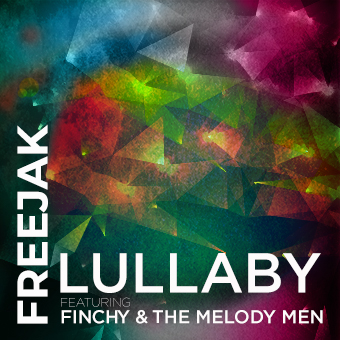 Perfect Havoc are excited to welcome back UK DJ and producer ‘Freejak’ with his brand new single ‘Lullaby’ featuring vocals by London singer Finchy and female trio The Melody Men. Following on from his successful disco-tinged house banger ‘I’m For Real’, ‘Lullaby’ is an epic-sounding track fitting for Ibiza sunset vibes. With enchanting vocals and uplifting chorus, ‘Lullaby’ provides the much needed summer vibes in your daily life.

UK based producer Freejak has gone from strength to strength in the last few years. In a short time he has attracted support from the global DJ elite including Tiesto, Oliver Heldens, Diplo, Martin Garrix, David Guetta, Mistajam, DJ Target, Dillon Francis and many more. His influence on the music scene isn’t restricted to impressing Dj nobility; he has been turning heads within the record industry too. Recently taking a break from DJ touring around the globe to concentrate on new music Freejak has teamed up with Radio1 / 1Xtra’s very own DJ Target to not only bring new forthcoming Freejak music but has been writing with and for Global icons such as Tom Zanetti, Craig David, Example and Becky Hill.

Racking up nearly half a million followers across social media and 12.5 million streams across music platforms, Freejak has become the real Dj’s favourite producer, with releases on labels such as Sony Music, Big Beat, New State, Champion, Somn’thing Records and now label of the moment Perfect Havoc.

Finchy is a London based singer, rapper and writer who’s jut starting to make his way in the music industry with a fist-full of strong features on the horizon.  Having already recorded and released for the likes of Black Butter & Altra Moda Records, the boy has recently been working on new material with ace female production and writing team The Melody Men. Finchy has releases forthcoming with Altra Moda for which he lends his super soulful, husky vocal vibes and heartfelt lyrics.  Expect to see Finchy’s name on plenty of big cuts in the very near future.

A multi-faceted writing and production team, The Melody Men is ironically composed of two females making serious name for themselves in a testosterone-dominated industry. Sporting a collective skill set that’s much greater than the sum of its parts, the London-based pair have a burgeoning list of co-writes to their name. They have provided co-writing and vocals on the latest anthem from Toolroom boss Mark Knight called ‘If It’s Love’, graced bangers from the likes of Kideko, Mason and Tough Love with their toplines and even released a collection of their infectious hooks as a sample pack (‘Killa Club Hooks’) for market leaders Loopmasters. The girls are working with some of the biggest and best producers and labels out there, now adding fellow U.K. artist D.O.D and globally renowned label Armada Music to their list.