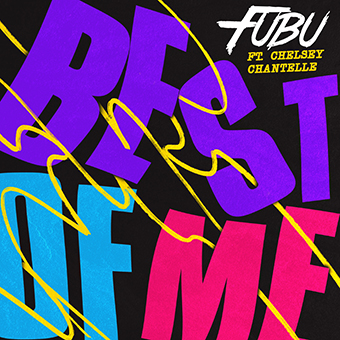 Perfect Havoc are excited to welcome back Dundee based DJ/Producer FUBU with his brand new single ‘Best of Me’ featuring vocals from Chelsey Chantelle, with the pair executing an uplifting feel good piano house track. Available on all platforms!

Scottish DJ/Producer FUBU broke into the mainstream in 2019 with his huge reworking of the classic 'Oh Ohhh' which saw great support on BBC R1, Kiss FM, Capital FM and many others. FUBU’s sound is firmly rooted in uplifting house music with plenty of energy and great vocals. He has seen support on previous releases from the likes of Charlie Hedges, Billy Da Kid, Paul Van Dyk, EDX, Chicane, Sebastien Drums, Sammy Porter, Nathan C, Olly James and many more. FUBU then collaborated with Swedish Dj and producer Tobtok in early 2020 with their track ‘Freak Like Me’ which amassed over 3 million streams globally and was supported by the likes of BBC Radio 1 with 9 consecutive spins on Party Anthems followed by a series of support on KISS FM, Gaydio and MTV Club with the official music video.

Well known for her smooth voice, tasteful riffs and vibrant personality. Always wearing Her Charlie Chaplin inspired bowler - in red! Chelsey began her music career in 2013, singing as 'Melody Vivacious' in Burlesque shows in Windsor and London, swiftly moving on to sing under her own title, performing at some impressive venues such as The Oscar Wilde Bar, Birmingham Symphony Hall, The Savile Club Mayfair, Windsor Castle St.Georges Chapel, Gordon Ramsays and the Excel centre.

Now making herself know in the London Music circuit, Chelsey performs at jams including Ronnies & Troy Bar, and even hosts her own Jam Night 'Marmalade Jam' which has moved around London, starting at The Oscar Wilde Bar on Regent Street , and now resides in Smiths Cocktail Bar in Hammersmith.

She also performs with her function band 'Kool Katz' for events such as parties, weddings and product launches at some beautiful venues, such as Gilgamesh & Shaka Zulu in Camden, HMS Sultan in Portsmouth, Hedsor House in Taplow and The Classic Car Show 2015-2017.

Chelsey also writes her own original material, and has been showcased at The famous Troubadour in Earls Court, but also spends a lot of time in the studio recording for other artists and songwriters on demo tracks, and sometimes as a featured artist. Oz Wills, Schahin, Zom, Ryan Blyth and X After 6 are just a few of the names Chelsey has worked with.