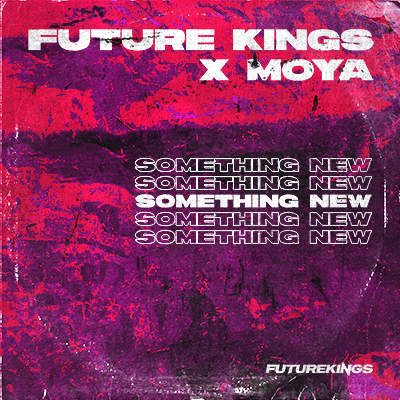 Perfect Havoc welcome Future Kings & MOYA with their new single ‘Something New’ which takes inspiration and and adaption of Bob Sinclair’s huge hit New New New which was remixed by Avicii back in 2009/2011.

Future Kings are UK/Canada based House duo Alex Ross and Paul Webb. Their sound draws inspiration from sources as wide ranging as the early UK rave scene and 2000 era pop, via garage, jungle, R&B, and everything in between, but they’ve boiled it down to cook up a unique approach to melodic, bass led house music. After a huge 2020, with their single ‘Rely’(with Karen Harding) getting massive DJ support and over 7 million streams with plays across all the major stations and remixes for artists including Todd Terry, Dario G and Kelli-Leigh, they kicked off 2021 with a massive new single on Spinnin Records - ‘Laser Beams’ - collaborating with German techno legend MOGUAI and amazing US vocalist MOYA.

MOYA is an international Broadway singer and actress and was recently seen starring as Effie White in Dream Girls on the West End and Broadway, winning for Lead Actress in a Musical for the role, as well as a 2010 NAACP Theatre Award Winner for Lead Actress. In 2016, Moya was also a semi-finalist on America’s Got Talent with videos bringing in millions of views.

With a huge love of House and Dance music, “Something New” will be one of many forays into the dance market for this incredible busy and talented lady with a stack of releases coming in what will be a big 2021.