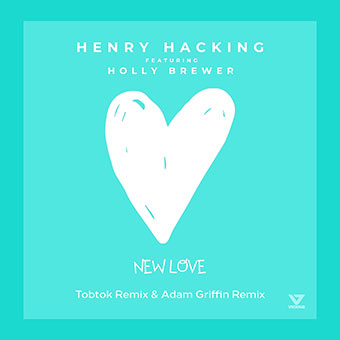 UK label Perfect Havoc, the name behindJoel Corry and his Top 10 singles ‘Sorry’ & ‘Lonely’ have officially signedHenry Hacking’s latest release ‘New Love (feat. Holly Brewer)’ in partnership with Vicious Recordings. The record has seen incredible momentum in the UK from the likes of Scott Mills on BBC Radio 1with over 6 spins so far along with support from KISS FM’s Charlie Tee and AndyWilson and hit the Music Week Upfront Club chart at No 2 causing it to stream almost 700,000 so far. Now comes an official remix from Perfect Havoc’s very own Tobtok & Adam Griffin with a fun and Italian house uplifting remix, flipping the original on it’s head completely.