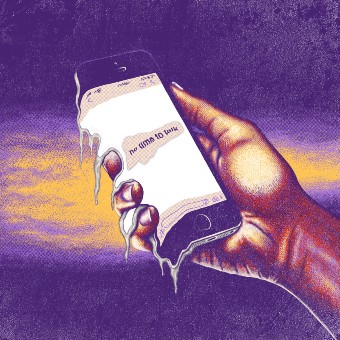 Fresh duo Play Play Play have combined with legacy dance artist Ivan Gough to create a debut record of monumental fashion. 'No Time To Talk' combines the new mantra of modern electronic dance thanks to Play Play Play's cunning ear for taste, tinged with the production flare and experience of hitmaker Ivan Gough. These qualities mould to create a crisp vocal house track with a cunning edge.

'No Time To Talk' is far from Ivan Gough's first rodeo. Gough sits firmly on the Australian dance Mount Rushmore, acting as a pioneer of contemporary electronic music, and solidified by an array of hits. The first of these was mammoth track 'In My Mind' with Feenixpawl and Perth vocalist Georgi Kay, which went on to win the Australian ARIA and APRA Award for best dance release, become Grammy nominated and score over 40 million views on YouTube. Most recently he's linked up with another Aussie newcomer, Chloe Wilson for their collaborative effort, '200 Years' which peaked at #5 on the ARIA Club Charts and crashed the top 5 ARIA Dance Singles earlier this year, amassing over 1 million streams across streaming platforms. All in all, he’s achieved over 1 billion streams across his works and 11 No.1 dance tracks on the ARIA club chart.

While on debut, Play Play Play are very worthy candidates to combine with Ivan Gough. Play Play Play were formerly a part of The Potbelleez, their breakout single ‘Don't Hold Back’ peaked at No. 5 on the ARIA Singles Chart and has been ARIA certified 3× Platinum. Their new project however is a testament to their years involved in dance communities and their passion and taste for quality dance music. Having toured the world and dance hot-spots for a decade, Dave Goode and Ilan Kidron are far from ill experienced in transforming dance floors. Honing their talents in at popular and iconic Sydney venue the Bondi Royal with their summer house sets, the duo have taken it upon themselves to reach the next level of dance music, creating their own original sonic mark through production.