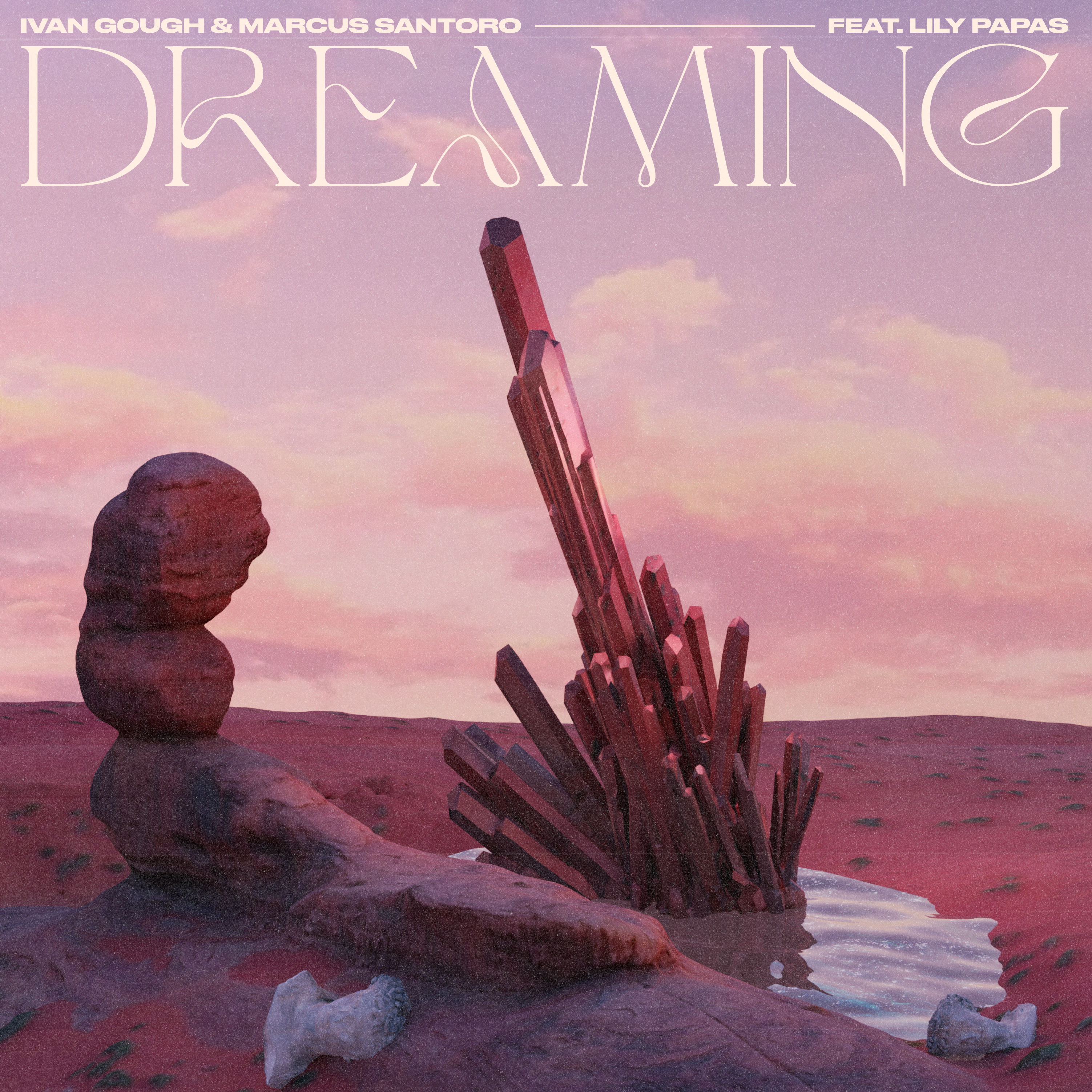 Dance heavyweights Ivan Gough and Marcus Santoro have recruited singer songwriter, and incredible top line vocalist Lily Papas for new single, ‘Dreaming’. The track combines some of Australia’s most iconic names in electronic dance music with one of Australia’s best pop songwriters, to create a bop that's as infectious as it is euphoric.

‘Dreaming’ pulls the audience in through its distinct warmness and rhythm. It opens with Lily’s familiar, admirable and tremendous vocal lines, combining perfectly with golden piano chords. The track builds momentum alongside it’s rhythm section, which features a groove laden bass line, a thudding kick and accompanying tropical inspired percussion. The production class is also well on show from the two dance veterans, with intricately put together layers creating an eerie euphoric ambience that allows the track to sit perfectly in any context between a massive club or afternoon on the beach.

It’s no surprise the track is as gorgeous as it is, coming from one of Australia’s most accomplished dance producers to date, Ivan Gough. He’s achieved over 1billion streams across his catalogue, not to mention 11 Number 1 tracks on the Australian ARIA Club chart.  He’s the man behind one of the most recognisable EDM tracks of the millennium in ‘In My Mind’, whose 2018 remake by Dynoro was a worldwide hit with over 1 billion streams on Spotify alone. Gough has also won two ARIA’s for his track, ‘Flaunt It’ under project TV Rock, as well as the single going double platinum, and has since become one of the longest charting tracks in the ARIA top 10 of all time.

On the flipside is Marcus Santoro, one of the most promising dance producers coming out of Australia. His catalogue has already seen over 20 million streams on Spotify alone. He has been featured as a remixer for some of contemporary dance's biggest titans, including official remixes for Meduza and Joel Corry. Most recently, his single ‘Losing Focus’, which was released on Axwell’s Axtone Records surpassed 4.2 million streams, as well as covering some of their biggest playlists, in “Dance Rising”, “Friday Cratediggers”, “New Dance Beats”, “Sad Beats”.

Combining the two artists together is vocalist and singer/songwriter Lily Papas, who in her short career has already amassed 2.5 million streams on her single to date. She’s performed at Australia’s premiere sporting event, the Australian Open, aswell as had appearances during the biggest television slots, including breakfast TV show, The Today Show, as well as her music soundtracking Australian drama, Home & Away.