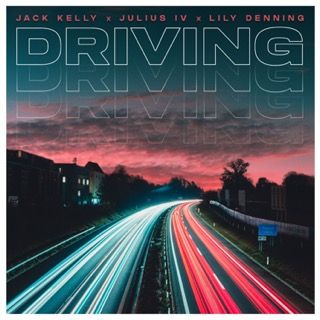 Belfast native Jack Kelly team up with Dutch newcomer Julius IV for Driving, a relaxing but stunningly beautiful house tune showcasing the modern and futuristic approach from the two rising producers. Singer Lily Dennings sings about driving about from your worries with your lover. Jack has released on Spinnin, remixed Joel Corry and received editorial support on Spotify, Apple Music and more. Lily was on the smash hit So Cold by Mahalo & DLMT, which streamed 20m and supported by Dancing Astro.