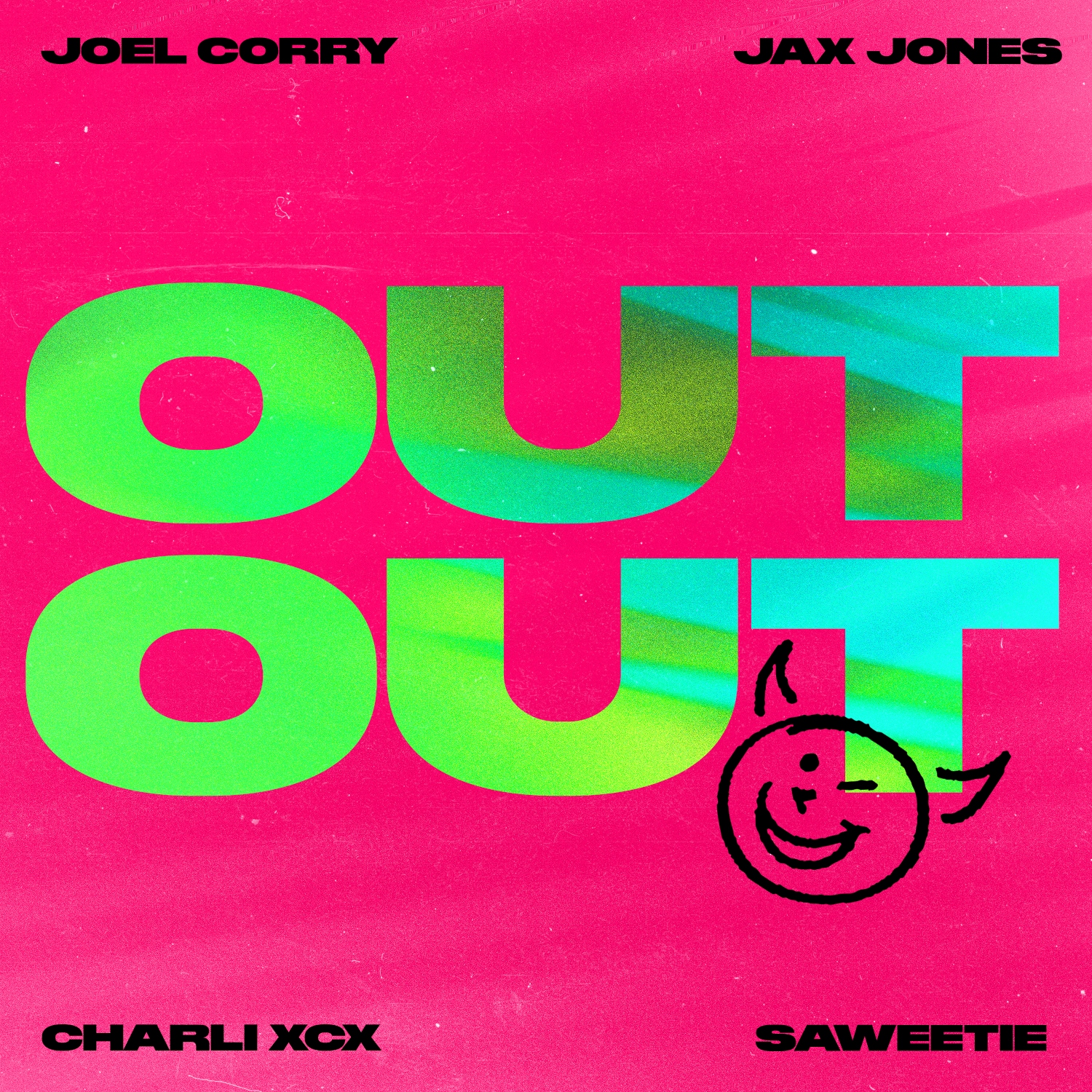 As two of the UK’s leading dance producers of the last two years – Joel boasted 2020’s longest-running consecutive UK #1 with ‘Head & Heart’ ft. MNEK and Jax’s debut album ‘Snacks’ was the UK’s best selling dance record of2019 – the pair have been instrumental in shaping the UK’s contemporary electronic landscape, and show no signs of letting up on ‘OUT OUT’.

Lifting a sample from Stromae’s late ‘00s dance classic ‘Alors On Danse’ and re-booting it fresh for 2021, ‘OUT OUT’ is party music at its very best; fun, carefree and totally addictive. Complete with iconic guest features from none other than Charli XCX and Saweetie – who was recently nominated for Top Rap Female Artist at the 2021 Billboard Music Awards alongside Cardi B and Megan Thee Stallion – ‘OUT OUT’ feels every bit a24-carat summer anthem in waiting.

“I’m buzzing to collaborate with my bro Jax Jones and the amazing Charli XCX and Saweetie”, says Joel Corry. “I’m a huge fan of Stromae’s classic ‘Alors On Danse’ and wanted to put a fun spin on it for summer 2021. Now we can party again, I want everyone to let their hair down and go OUT OUT!”

“I met Joel a few years ago and love his energy, focus and ambition, so a collaboration felt natural”, says Jax Jones. “OUT OUT feels like a proper party starter and is the perfect blend of our different sounds. I’m a big fan of Charli and Saweetie, having them on the song makes it feel like a moment with real synergy – at just the righttime. I can’t wait to see this record drop and watch the reaction on the dance floor.”

Multi-BRIT Award nominated DJ/producer Joel Corry has become one of the UK’s most prolific dance hit-makers since first breaking through with 2019’s ‘Sorry’ – a thumping re-work of Monsta Boy’s UKG classic of the same name that spent 10 weeks in the UK Top 10, peaking at #6, and broke Shazam’s all-time daily record in the UK after receiving over 41,000 tags in one 24-hour period. He has since released three consecutive UK Top 5 records including ‘Lonely’ (#4), latest single ‘BED’ with David Guetta & RAYE (#3) and 2020’s multi-platinum ‘Head & Heart’ ft. MNEK – the year’s longest-running consecutive UK #1 single, and the first of Joel’s career.

Ivor Novello, Grammy and BRIT-nominated DJ, producer and multi-instrumentalist Jax Jones has racked up over three million single sales and 4 billion streams during his career so far. Working with the likes of Mabel, Years and Years, Martin Solveig, RAYE, Stefflon Don, MNEK and Madison Beer, his last record ‘Snacks’ was named the best selling dance album of 2019 in the UK. Jax has since become a mainstay in modern British music and he continues to create genre-defying music for both the charts and the specialist dance world.