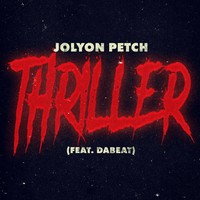 This Halloween Perfect Havoc presents Jolyon Petch and his tribute to Michael Jackson’s ‘Thriller’ featuring impersonator vocalist ‘DaBeat’ with a modern 2019 dance/club infused production mixed with DaBeat’s impeccable vocals.‘Thriller’ was written by British songwriter Rod Temperton and was originally pitched to Michael Jackson for his ‘Off The Wall’ album but later become the title and lead track for Michael’s biggest selling album ‘Thriller’. The original song title was also initially different and titled ‘Starlight’ however the production team led by Quincy Jones felt the song should be the title track for the album but that Starlight was not a strong album title, instead they wanted something “mysterious to match Michael’s evolving persona” Following this, Rod Temperton changed the song lyrics and ‘Thriller’ was born and went on to become the biggest selling album of all time and hitting number 1 all over the world.Hailed as one of New Zealand’s most successful House music exports, Jolyon Petch has conquered dance music charts worldwide, DJ support from the biggest in the business & toured and performed in over 30 countries at some of the best nightclubs and festivals. His original music & remixes have hit the #1 spot on the Australian ARIA Club charts, his official remix for Mel Bs’ come back single also went to #1 on the Billboard Dance Charts and in 2017 his single ‘Otherside’ went to #1 on the Beatport dance charts & was in the top 100 for over 240 days which also garned support from the likes of BBC Radio 1’s MistaJam, Tiesto, Hardwell, Chuckie, Benny Benassi, Timmy Trumpet, Stafford Brothers, Duane Harden & more.His latest single ’Make a move’ on House Life Records was also licensed to the Ministry of Sound Annual 2019 in Australia & EDXs’ imprint ‘Enormous Tunes’ & made it to #2 on the Australian ARIA Club charts and top 15 on the Beatport Future House charts. His brand new Live act ‘Digital Remedy’ topped the ARIA club charts in February spending 2 weeks in the #1 spot also on HouseLife Records.  Jolyon has also been performing internationally since 2004 having played in top clubs fromPacha (London), Café Opera (Sweden), The Castle Club (Ayia Napa), Barasti (Dubai), The Ivy (Sydney), Noho (Hamburg), Cocoon Beach club (Bali), Bangaluu (Berlin), Famous (Thailand), Yact Club (Abu Dhabi) and moreJolyon has been collaborating with & remixing some of House Music’s big stars from the likes of Kid Créme, Ron Carroll, Junior Jack, Freemasons, Full Intention, Soul Avengerz, Jason Herd, Jon Fitz, Inaya Day, Saison, John Course, Andy Murphy, Jordan Magro, Mind Electric to name a few.Dabeat started singing at the age of 10, influenced by artists such as Michael Jackson, Stevie Wonder and Terence Tren D'Arby and others. Simultaneously started playing guitar and writing his own songs and quickly found what would be his vocation. After several years as part of some bands, he decided to start his own solo project which took three years to complete. During that time still creating and collaborating with different artists, recordings and concerts. In 2011 he started working on the show; Forever King of Pop which is still part of the cast as the voice of Michael Jackson.