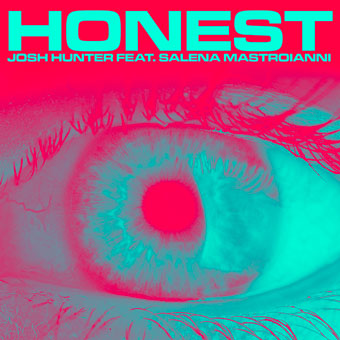 Perfect Havoc welcome back DJ/producer Josh Hunter to the label with his new single ‘Honest’. Featuring UK singer-songwriter Salena Mastroianni, ‘Honest’ is a cool piano house tune with feelgood, hands-in-the-air chorus and exquisite vocal delivery from Salena, who sings about commitment to love.

Brighton based producer and DJ Josh Hunter has been making waves amongst the house fraternity over the last eighteen months. A string of his house music productions has netted him prize additions to key Spotify playlists including ‘UK House Music’, 'New Dance Revolution’ and 'All Night Dance Party', and he continues to be supported by A-List DJs including Tiesto, Nora En Pure, David Penn & The Black Madonna. Josh has also been earning his DJ credentials for over 10 years playing in clubs around the UK and Europe including world-renowned O'Beach in Ibiza. He has spent near on a decade

developing his unique bass-driven production style/sound and built a following and growing fan base that led to multiple residencies and headliner sets at clubs such as Mission & Fibre.

His remixes have also always had a great response with plays from the likes of Charlie Hedges on Radio 1, as well as consistent support on Kiss FM from Joel Corry and Ben Malone. His remix of

the Grammy award-winning ‘Piece of Your Heart’ by Meduza rose to a staggering 2.4 million

Salena Mastroianni, who after years of performing as a backing vocalist for the likes of Rita Ora and Kesha, to name just two, now stands in her spotlight across a number of original house records. Mastroianni has penned lyrics for the likes of Pleasure Generation, Danny Avila, Philip George, and Wh0, and her track ‘Is it Real?’ with Tobtok, Oliver Nelson and Simon Field has clocked nearly 6 million global streams and counting. Her soulful voice and emotive lyrics are to get truly lost in.