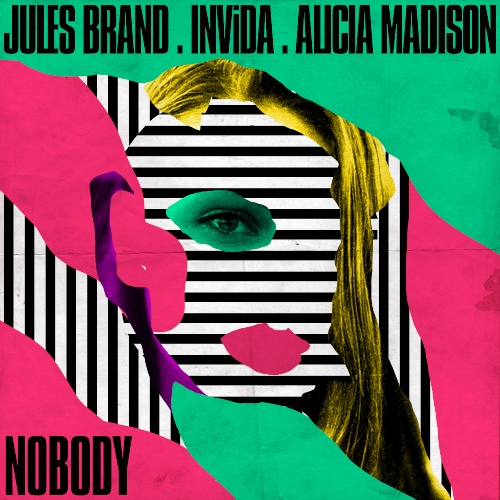 Jules Brand and INViDA have delivered their Perfect Havoc debut with ‘Nobody’ featuring the lush vocals of Alicia Madison. Still just 22 years old, Jules Brand is already a well-known producer in the Dutch dance music scene, through his ghost productions and work under a previous guise. Now he steps into the spotlight alongside New Yorker and fellow rising star, INViDA (a.k.a David Schoenwetter). ‘Nobody’ is sure to turn heads with a soaring vocal performance from Alicia Madison, following her collaborations with the likes of Laidback Luke, Jann Klose and others. Full of irresistible hooks, emotive chords and quality production, this is an essential for summer playlists.

Jules Brand is on a mission to break through in a big way this year with a selection of big tunes ready to drop. Brand has been involved in music since he was 12and began producing professionally in 2019. ‘Nobody’ follows a successful remix of the Spinnin’ Records release ‘Somebody's Watching Me' by Chico Rose X 71Digits and a quality release on KLASH Records. ‘Nobody’ is a statement of intent from this exciting young producer.

INViDA has previously worked as an engineer with credits including such luminaries as Norah Jones, Yoko Ono, and Sting. He has also penned hits with EDM heavyweights Tom Swoon and Swanky Tunes as well as writing 'Warrior' for Robert Falcon (20million streams and counting). His 2019 release ‘Chameleon’ received heavy playlist support and was followed by ‘10,000 Feet’ featuring American Idol finalist, Robbie Rosen, released on Revealed / Gemstone. INViDA’s production skills have been proven many times over and with ‘Nobody’ he is ready to take another big step into the mainstream consciousness.

Alicia Madison's has released on influential labels including Spinnin’, Sony, Black Hole, Revealed and more. Her massive hit "Insanity" has crashed through 10 million streams on Spotify and climbed into the top 15 in Billboard’s Dance Airplay charts, also receiving heavy rotation on Sirius XM. Her incredible vocal performances have seen her remain in constant demand.

‘Nobody’ is a dance track with pop sensibilities. The vocal melody is full of hooks which grab you and don’t let go, while the percussion builds over a solid kick and thumping bassline. With melodic guitars and strings building to emotive drops, expect to hear ‘Nobody’ everywhere this summer.

‘Nobody’ continues the run of big records from forward-thinking label Perfect Havoc. The label (and management agency) is on fire with five UK Top10s and platinum certified records, including Joel Corry & MNEK ‘Head &Heart’ (No.1), Joel Corry x RAYE x David Guetta ‘Bed’ (No.3) and a top 20 hit with PS1 ft Alex Hosking ‘Fake Friends’ (No.19). With an unrivalled ear for both underground and mainstream hits, Perfect Havoc seems unstoppable.