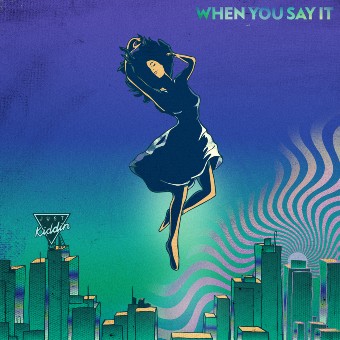 Just Kiddin - When You Say It

Perfect Havoc is proud to welcome respected house music duo Just Kiddin to the label with their latest release ‘When You Say It’ – one of three singles to be released on Perfect Havoc. The Leeds-based producers, Lewis Thompson and Laurie Revell, join Perfect Havoc as it aims to build on its high-profile success with Joel Corry and MNEK ‘Head & Heart’ (released in partnership with Asylum/Warner) and the top 20 hit with PS1 ft Alex Hosking ‘Fake Friends’. Listen to 'When You Say It' across all platforms now!

Just Kiddin first appeared on Perfect Havoc in February 2019 remixing Joel Corry’s ‘Fallen’, however the pair began to turn heads prior to this with their 2014 summer anthem ‘Thinking About It’ via Parlophone’s dance imprint, FFRR. It received over 50 plays across BBC Radio 1 & 1Xtra and over 13 million streams online.

Since then, Just Kiddin have gone on to achieve over 130 million streams globally with singles ‘Hysteria’ and ‘Body Talk’ which were both selected as Future Anthems by Danny Howard and MistaJam on BBC Radio 1. Further tastemaker supporters include Annie Mac and Pete Tong, and Just Kiddin won a Future Star accolade from Annie Nightingale.