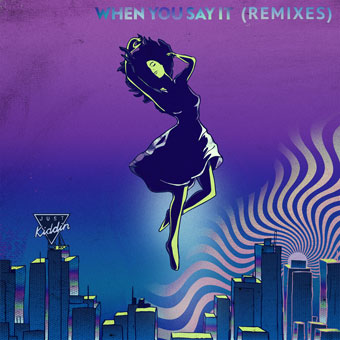 Just Kiddin - When You Say It (Remixes)

Perfect Havoc, is proud to welcome respected house music duo Just Kiddin to the label with their latest release ‘When You Say It’ – one of three tracks to be released on Perfect Havoc as part of a global single deal. When You Say It was released last November and has already racked up over 1 million streams globally with support from BBC Radio 1, KISS, Capital Dance and DJs such as Joel Corry, Hardwell, Armin Van Buuren and more.

Back in November Just Kiddin and Perfect Havoc partnered with SKIO to run a worldwide remix competition for the record which resulted in three winners including; DUBU, Nightingale and Eric Jadi, all of which added their spin to the original version. All three versions are now being released on Perfect Havoc.

The Leeds-based producers, Lewis Thompson and Laurie Revell, join Perfect Havoc as it aims to build on its high-profile success of its UK No.1 single with Joel Corry and MNEK ‘Head &Heart’ (released in partnership with Asylum/Warner) and the top 20 hit with PS1ft Alex Hosking ‘Fake Friends’. Officially released on 6th November, the new Just Kiddin single is an atmospheric vocal house offering that shows off the studio prowess of this one-to-watch outfit.