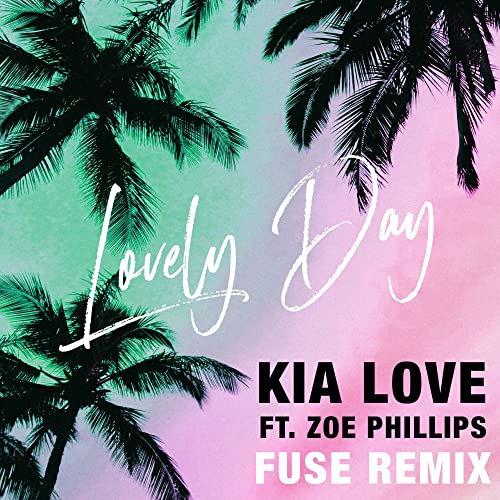 Back in November Kia Love emerged from the shadows of the UK dance scene to drop their debut track ‘Lovely Day’ featuring vocals from the wonderful Zoe Phillips, via Hoxton based label Perfect Havoc and now a month later the group release their first official remix from Leeds newcomers ‘Fuse’ who deliver a Friday Night piano house banger mixed with Zoe Phillips beautiful chilled vocal.Having already achieved Top 40 iTunes chart status with their remix of Freya Ridings’ ‘Lost Without You’ (#38) in 2018 (achieving over 5.9 million streams on Spotify and 2.3 million on YouTube) plus remixes for the likes of Olly Murs and Tom Walker, Kia Love are perfectly poised to drop their first single, a cover of the well known Bill Withers smash hit ‘Lovely Day’ featuring Zoë Phillips.Kia Love’s music presents an insight into the character of an enigmatic act. Their philosophy to love music, love life and be kind is evident in their stylish cover of Lovely Day, which delivers warm and emotive grooves to get lost in. They state, “We hope our music brings you a little pleasure in your day. If it makes you smile or even better, dance, then between us we made the world a better place.” For the vocalist appearing on the record, Zoë Phillips is a songwriter whose music has been marking a mark on BBC Introducing and BBC Radio 1. She has performed live acoustic sets at the likes of Glastonbury Festival, whilst keenly lending her enchanting vocals to electronic music. With a degree in Creative Music Technology from Surrey University Zoë has self-produced and remixed her own releases, as well as handing over her vocals for collaborations that’ve been playlisted across MTV Dance and MTV Trax Top 100.