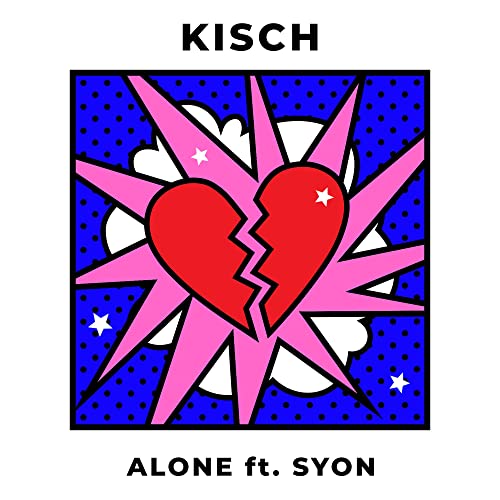 Hoxton based label Perfect Havoc welcomes Kisch with his brand new single ‘Alone’ featuring Syon.Think back to 1993, baggy pants, curtain hair, grunge rock and Bill Clinton, but alos the year the iconic 100% Dance Hits album flew into UK Stroes on a whirlwind of loud, head turning t.v. ads. Hits by Robin S, 2 Unlimited & Snap and their blindingly colourful videos had sugar rushing kids like Kisch saving up their curly wurly money to buy a copy to make sure they weren’t the last people to work out the lyrics to “No Limit”. This was the moment that Kisch’s love affair with electronic music began.As the years rolled by, Kisch’s tastes graduated to the Van Helden, Kinchen and M.A.W. classics that kept 90s dance floors nice and sweaty and his obsession with a good catchy vocal would soon become the vehicle driving his own creativity. As an early career tickle, his first releases caught the attention of the creators of one of dance music’s seminal records, The Shapeshifters, and a collab soon followed which drew support from Pete Tong on his radio shows in the UK and stateside.Since then it’s all gone anything but Pete Tong, with records such as Love All Day and Say You’re Mine racking up over five million Spotify streams, igniting Danny Howard’s ear drums enough to be made his “Friday Fire”, and twice claiming second spot on Traxsource’s overall chart. Further support has come in from DJ S.K.T, Sam Devine, Sonny Fodera, Matt Joe to name a few.‘Alone’ is Kisch’s latest release, which brings his signature bass sound throughout alongside singer-songwriter and featured vocalist ‘Syon’ who is known for his incredible creative flair, distinctive tone and vocal range.