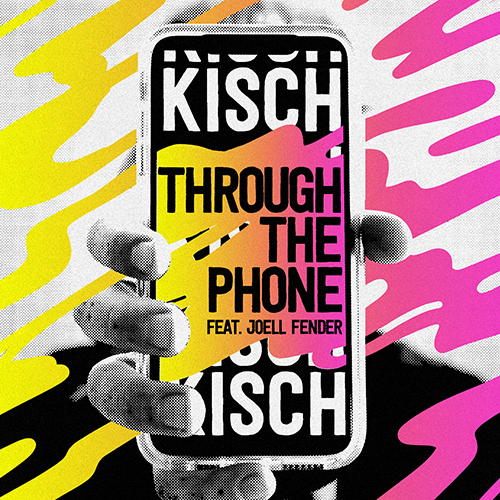 Perfect Havoc are thrilled to welcome back Kisch with his new single ‘Through The Phone’ featuring vocal Joell Fender. Following on from his Perfect Havoc 2019 hit ‘Alone (feat. Syon)’, Through The Phone is a straight up fun feel-good piano house tune that excels further with Joell’s vocal prowess that get’s to shine fully.

Kisch first releases caught the attention of the creators of one of dance music’s seminal records, The Shapeshifters, and a collaboration soon followed which garnered support from Pete Tong on his radio shows in the UK and stateside.

Since then it’s all gone anything but Pete Tong, with records such as Love All Day, Say You’re Mine & Drift racking up over ten million streams, igniting Danny Howard’s ear

drums to a significant enough heat to be made his “Friday Fire”, and twice claiming second spot on Traxsource’s overall chart. Support has come in from across the house

Kisch has also had the pleasure of travelling the world, playing at monster nightclubs such as Ministry of Sound, Es Paradis Ibiza, Ocean Beach Club, Egg London, Pacha

Munich, Studio 338, Cafe Mambo Ibiza and in countries as far reaching as South Korea, Thailand and Azerbaijan. His ability to blend vocal house anthems with rhythmical

groovers has kept club goers fist pumping with the energy of Mike Tyson, with the likes of Toolroom, Ministry of Sound & Hed Kandi having called on him to represent their brands. With some of his strongest records in the works, expect to see his name on a nightclub poster near you soon.

With the smooth agility of his falsetto, all the way to the enveloping richness of his baritone, Joell Fender’s distinctive artistry has been enticing the ear of an ever-growing worldwide audience.

Providing backing vocals for artists such as YEARS & YEARS, SIGALA,DISCIPLES and DEMI LOVATO on legendary platforms Later with Jools Holland, the MTV EMA Awards and Glastonbury to name a few.

His standout performances as lead vocalist for SIGALA, WILKINSON and SIGMA at numerous festivals and shows such as V Festival, Capital FM’s Jingle Bell Ball and the O2 Arena has further introduced the world to Joell and they won’t soon forget.