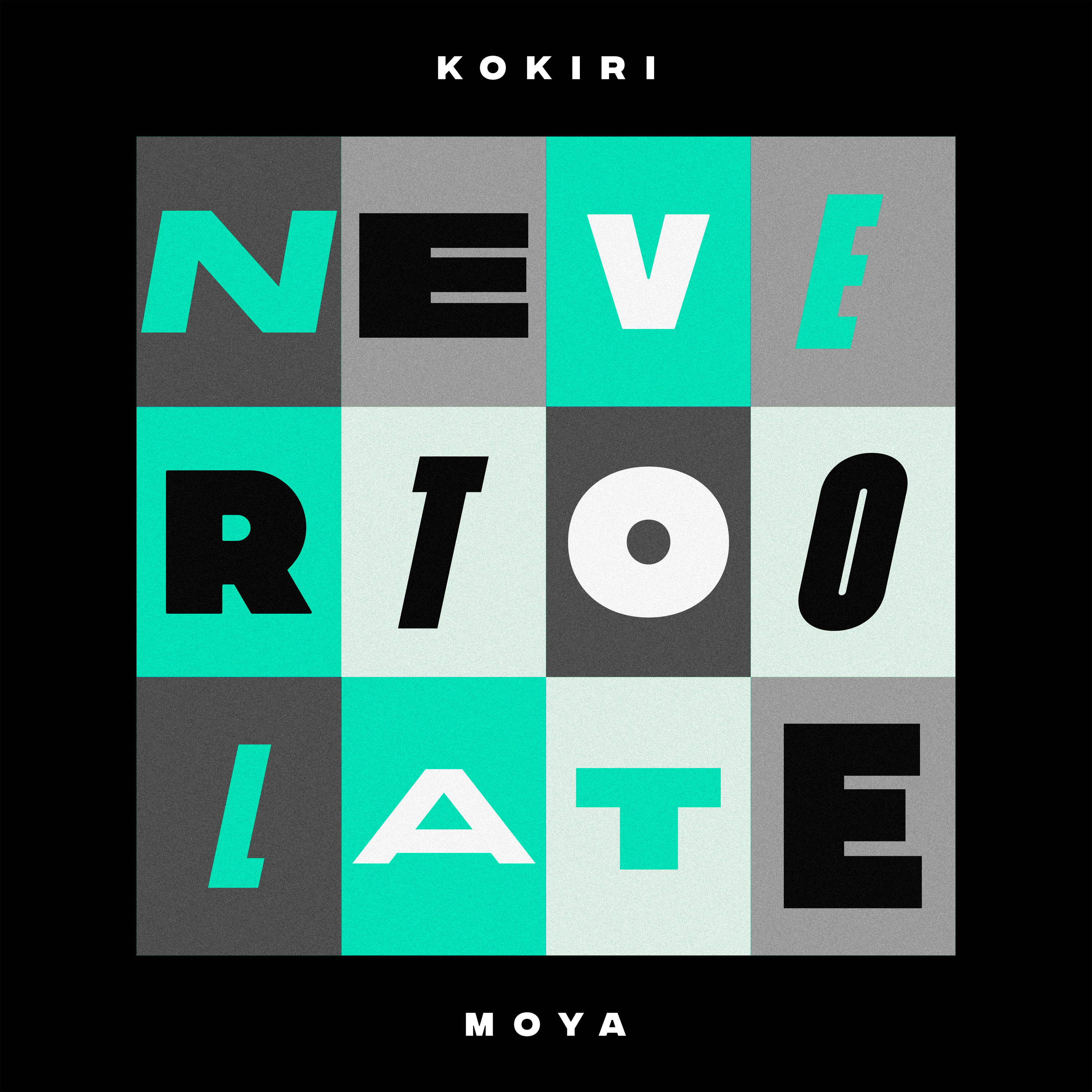 Liverpool native Kokiri returns to Perfect Havoc with his track Never Too Late together with star vocalist MOYA.  An intoxicating piano line is enhanced by MOYA singing of giving it one more chance, while the breakdown perfectly merges into sleek club production that showcases Kokiri's skills. Kokiri has previously collaborated with Todd Terry & Simon Field, received support from Pete Tong & Annie Mac, released on Big Beat & Armada and received plays on KISS,Capital and BBC R1. MOYA was a semi finalist on America's got Talent.

Kokiri first made his appearance on Perfect Havoc in 2016 with ‘Chasing’, which saw multiple spins from BBC Radio 1 and KISS FM and achieved over 1.8 million global streams. Showing his pure class, Perfect Havoc signed him for a multi-single deal which kicked off in summer 2020 with ‘Walk On Water’. That too achieved impressive streaming figures - 1.5 million globally - and further top-level support from UK national radio flooded in from heavyweight DJs MistaJam, Majestic and Charlee Tee, as well as overseas on Music Choice home to over 85 million people in the USA.

Kokiri’s catalogue of standout releases also includes his breakthrough hit in 2015 ‘Turn Back Time (Retrospect)’ [Ministry of Sound/ Big Beat/Atlantic], his Adam F collaboration ’Harmony’ released on Danny Howard’s Nothing Else Matters imprint, and more recently, a string of singles on Armin Van Burren’s label, Armada Music; both ‘Joy’ and ‘Adolescence’ were crowned ‘Future Anthems’ by MistaJam, while ‘Disco Tool’ showed off the breadth of Kokiri’s studio talents. Having courted a host of tastemaker champions in David Guetta and Afrojack, Oliver Heldens and Sam Feldt, Annie Mac and Danny Howard, Kokiri is one of Liverpool’s finest.

Before launching herself as a prolific singer / songwriter in the pop / dance world, MOYA was an international broadway singer and actress and was seen starring as Effie White in DreamGirls on the West End and Broadway. She won awards for Lead Actress in a Musical for the role, as well as a NAACP Theatre Award Winner for Lead Actress. MOYA was also a semi-finalist on America’s Got Talent. With a huge love of House and Dance music, MOYA started her recording career in January 2021 and has already made a huge impact. She is swiftly becoming the “go to” voice in the house and dance world. She was approached to feature on the huge track “Catch my Love” by the almighty  and  which got multiple plays across Radio One, including Party Anthems, Dance Anthems and daytime with Clara Amfo and Dean McCullough, playlists on Kiss and Capital Dance and made  #jamhot.  Her track "In the Groove" with , on Toolroom Records, got over 34 plays on specialist BBC Radio 1 shows including Annie Mac and . With more than 10 Million streams in her first year MOYA has just signed a publishing deal with Ultra Music. The future looks very bright!!