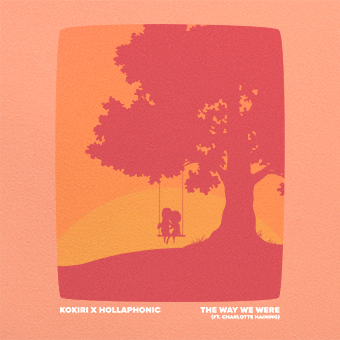 Kokiri x Hollaphonic (Feat. Charlotte Haining) - The Way We Were

Kokiri first made his appearance on the label back in 2016 with Chasing which saw multiple spins from BBC Radio 1 and KISS FM and achieved over 1.8 million streams globally, this led Kokiri to signing to Armin Van Burran’s label Armada Music which entailed multi releases such as Joy, Pyramids, Faith In Love, Friends, Adolescence, The Vibe and most recently ‘Disco Tool’. Now comes a brand-new chapter with a string of new music planned from the talented producer under the Perfect Havoc umbrella. Earlier this year Kokiri signed a multi-single deal with Perfect Havoc with the first release Walk On Water achieving over 1.5 million streams globally with UK stations BBC Radio 1, R1 Dance and KISS FM showing heavy support from DJs such as Dev, Scott Mills and MistaJam, Ben Malone, Majestic and Charlee Tee as well as overseas on Music Choice home to over 85 million people in the USA.

Liverpool native Kevin Williams got into music production as an adolescent, inspired by the U.K. hardcore tunes played by his older brother. A little over a decade after Kokiri started to make electronic dance music, he had a breakthrough hit with "Turn Back Time (Retrospect)" (2015), a single released on Ministry of Sound in the U.K. and on Big Beat/Atlantic in the U.S, taking the radio airwaves by storm. Annie Mac & Pete Tong (BBC Radio 1) simply couldn’t get enough. Williams continued to release more A-sides for an assortment of labels including Love & Other, Perfect Havoc, and Armada Deep, including the Adam F collaboration "Harmony” released on Danny Howard’s Nothing Else Matters imprint as well as the solo productions "Chasing" and "Other Side of Love" (all 2016-2017). His productions have quite rightly courted a whole host of tastemaker champions from David Guetta & Afrojack, Oliver Heldens & Sam Feldt, Annie Mac & Danny Howard.

The last couple of years have seen him rack play after play on BBC Radio 1 with MistaJam making releases “Adolescence" and “Joy" both his Future Anthem in each case. Further huge wireless support has come from Scott Mills on Radio 1 Party Anthems and the love also grows ever stronger across the Kiss Network with tastemakers from Joel Corry, SKT to Ben Malone all putting their weight of support behind one of Liverpool’s finest.

British Electronic DJ/Producers based in Dubai with House & Garage music roots in London. Support coming from Pete Tong, Claptone, Martin Garrix, The Black Madonna and Pasquale Rotella showing their diverse popularity amongst fans and peers. Their breakthrough track 'Save Me' featured as to cover of Spotify's Mint playlist with 25 New Music Friday placings across the world.

Leeds native, Charlotte, comes from an electronic music background, having worked alongside a number of well-respected dance music producers, with a noticeable leaning towards all things Drum and Bass. Responsible for some of D&B's most exciting and well received vocal excursions in recent years, she has written and performed alongside the likes of Hybrid Minds, Friction, My Nu Leng, Pola & Bryson, Kove and Bcee amongst many others.

Having spent time collaborating and performing alongside many of her musical friends and heroes, 2020 has seen a major new milestones in Charlotte’s journey; as she releases her first ever solo material. Stepping out into the spotlight as a solo artist after years of collaborative projects, this new material sees Charlotte explore a whole new side to her sound, something which is very much the antidote to her electronic excursions, whilst still being unmistakeably her. The first two singles (Carried Away & Daydreamer) are out now...