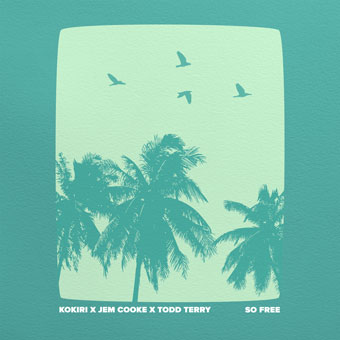 Kokiri shows once more why he is one of the UK’s most exciting house producers with new single ‘So Free’ featuring star vocalist Jem Cooke and house music icon, Todd Terry. It lands on 15th January2021 and is an uplifting house track with plenty of crossover appeal, marking Kokiri’s fourth outing on the hitmaking imprint, Perfect Havoc. Following the well-received ‘The Way We Were’ back in November- tipped in Spotify’s New Dance Revolution and Apple Music’s DanceXL - So Free shows another subtle evolution in Kokiri’s future house sounds. Working in collaboration with such a legend as Todd Terry and Jem Cooke further cements Kokiri’s place as one of dance music’s one-to-watch stars.