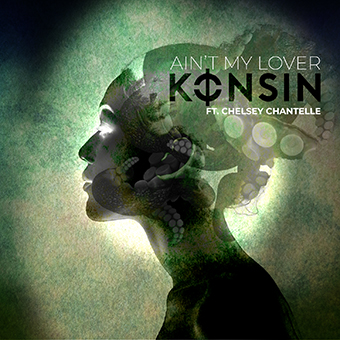 Relatively new to the dance scene, Konsin has so far remixed for the likes of Fubu & Tobtok, Henry Hacking, mrTimothy & Inaya Day and eSquire along with his 2-track debut release ‘Dancin / People’ which came out on Pukka Up Records Deep. Ain’t My Lover is Konsin’s second release of 2020 on prestige UK dance label Perfect Havoc, best known for breaking talent such as Joel Corry, PS1, Karen Harding, Kokiri, Tobtok and more.

Well known for her smooth voice, tasteful riffs and vibrant personality. Always wearing Her Charlie Chaplin inspired bowler - in red! Chelsey began her music career in 2013, singing as 'Melody Vivacious' in Burlesque shows in Windsor and London, swiftly moving on to sing under her own title, performing at some impressive venues such as The Oscar Wilde Bar, Birmingham Symphony Hall, The Savile Club Mayfair, Windsor Castle St.Georges Chapel, Gordon Ramsays and the Excel centre.

Now making herself know in the London Music circuit, Chelsey performs at jams including Ronnies & Troy Bar, and even hosts her own Jam Night 'Marmalade Jam' which has moved around London, starting at The Oscar Wilde Bar on Regent Street , and now resides in Smiths Cocktail Bar in Hammersmith.

She also performs with her function band 'Kool Katz' for events such as parties, weddings and product launches at some beautiful venues, such as Gilgamesh & Shaka Zulu in Camden, HMS Sultan in Portsmouth, Hedsor House in Taplow and The Classic Car Show 2015-2017.

Chelsey also writes her own original material, and has been showcased at The famous Troubadour in Earls Court, but also spends a lot of time in the studio recording for other artists and songwriters on demo tracks, and sometimes as a featured artist. Oz Wills, Schahin, Zom, Ryan Blyth and X After 6 are just a few of the names Chelsey has worked with.