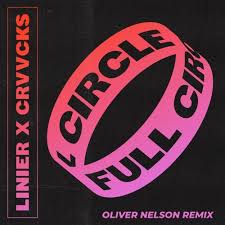 Coming on board the Perfect Havoc label train are UK duo Linier and Nottinghamshire 23 year old producer Crvvcks with their collab ‘Full Circle’, which since it’s original release in May has seen support from the likes of Tiesto, Sam Feldt, DJ Pioneer, Dimitri Vegas & Like Mike, Michael Calfan, Klingande, Apres, Data Transmission, Noise Gate, Acid Stag and YouTube tastemakers Selected.UK duo Linier from Leeds are making waves in the house scene, with recent releases on the likes of Selected, Love & Other, Get Twisted, Eton Messy and Night Beast, seeing a wide range of support from the likes of Austin Kramer and NMF UK on Spotify, radio stations such as BBC Radio 1 and KISS FM along with a prestige DJs such as Sam Devine, EDX, Judge Jules, Sam Feldt, Mark Knight, Blonde, Thomas Gold, KATO, Mike Mago, Joe Stone to name a few.Crvvcks (Pronounced Crooks) is a British Music Producer currently residing in Leeds.The 23-Year-Old is known for making lush chord based music that still sits well within a club-based environment. Gaining a following over the years, Crvvcks has managed to see his music being aired on radio stations like Triple J, Rinse FM and BBC Radio 1. Crvvcks has also managed to rack up millions of plays across his streaming profiles with almost 2.5 million of them on his single Just You and over 1 million of them being on Palms. Crvvcks has also seen himself get added to many editorial playlists on Spotify, Apple Music and Beatport, as well as being supported by Music Giants like Martin Garrix and Tiesto.