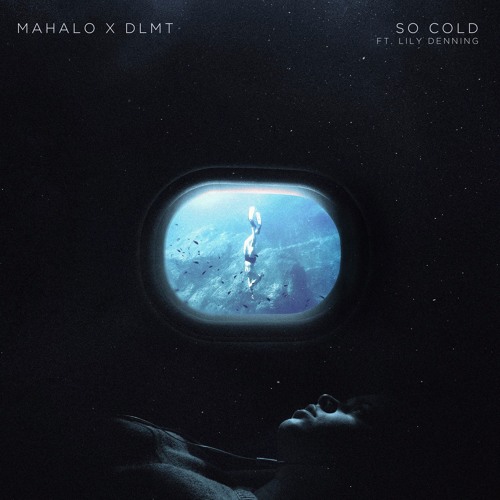 Los Angeles based producer/DJ Mahalo teams up with Canadian producer DLMT to deliver a brand new single featuring vocal’s from UK singer-songwriter Lily Denning with ‘So Cold’Hailing from the shores of Hawaii and setting up shop in Southern California, Mahalo has swiftly become solidified as one of the newest rising stars of the Los Angeles dance music machine. Gathering inspiration from many different styles and artists has allowed Mahalo to blur the lines to create cutting edge material that pays homage to what came before it, while still pushing to be unique and progressive.Since launching the project in 2015, Mahalo has managed to capture the support of artists such as Hardwell, Tiesto, Mark Knight, Faithless, Nora En Pure, Judge Jules, Liquid Todd and Blonde while being released on esteemed labels such as Bunny Tiger, Armada Music, Toolroom Records, Enormous Tunes, Perfect Havoc, Midnight In Paris, Homerun House, Insomniac’s In/Rotation. Thrive and Lokal Legend.2017 saw Mahalo hit over 5 million streams on his track ‘Current Mood’ featuring Cat Lewis along with playing at the biggest electronic events in America such as EDC Las Vegas, EDC Orlando, Corona Electric Beach, Groove Cruise, Audio, Sound and supporting artists such as Klingande, Sam Feldt, Autograph and Martin Solveig.From Toronto, Canada; DLMT brings a unique, groovy and emotional sound, striving to push the house genre in a new direction. With his first unofficial remix he got the attention of Future House Music. The label started working with DLMT on his first official release Forbidden dreams that crossed over 2.3 million streams. DLMT has had multiple successful releases on major labels and is best known for his 2018 release ‘Always Feels Like’ which has over 4.4 million streams on Spotify alone. DLMT continues to make a push to the top as he signs with Virgin/Positiva in 2019 for his future releases. On the live front, DLMT has opened & closed for artists like Chocolate Puma, Brooks, Don Diablo, MK, Kungs, Martin Garrix, and Oliver Heldens to name a few.Young UK newcomer Lily Denning is a singer-songwriter from Kent who has just released her debut single ‘Armageddon’ and is set for a big 2019 as she signs to Wildlife Entertainment (Arctic Monkeys and Royal Blood), Lily is scheduled to appear as a featured vocalist on a number of releases this year.