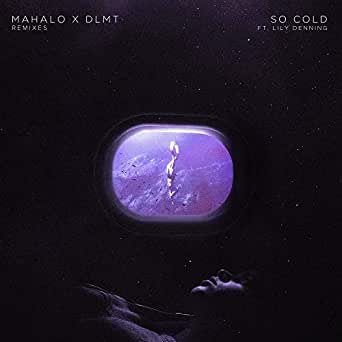 Hoxton’s ever popular indie imprint, Perfect Havoc have gathered a fantastic selection of talent in Paul Woolford, Cazztek, Kokiri,Tobtok, Raven & Kreyn and Bruer & Bright Lies to add their own spin to Mahalo x DLMT's huge hit, 'So Cold'. This bumper collection lands on 22nd November following the single’s original release on Perfect Havoc back in March, since when it’s taken over US radio and rapidly clocked up millions of streams online. Journeying through piano, progressive, bass and more, this six-part remix package has an offering to suit all house music tastes.

‘So Cold’ was born from a collaboration between two fast rising stars, each boasting an impressive list of plaudits. Los Angeles’s Mahalo has seen support from Tiesto, Mark Knight, Nora En Pure, Judge Jules, Blonde and many more for his releases on Bunny Tiger, Enormous, Insomniac’s In/Rotation, Armada and Toolroom. For Toronto-based, DLMT, DJ support has come in from the likes of Oliver Heldens, Tchami, Shaun Frank and Jord, with releases on Virgin/EMI, Confession, Armada and Enhanced Music. His 2018 release on Future House Music, ‘Always Feels Like’, has now amassed over 11 million streams.Mahalo & DLMT’s standout original, with crystal-clear vocals from Lily Denning, has been one of the breakout dance hits of this summer. The track still resides in Spotify's Mint, has had 5.1 million streams on the platform with more than 50k added each day, over 6 million hits on Apple Music and YouTube, and achieved #1 in the Billboard Dance Mix/Show Airplay chart. And that’s not to mention extensive radio support from SiriusXM, iHeartRadio and Music Choice, and DJ support from Tiesto, Hardwell, Joel Corry, Lost Frequencies and many, many more.First to remix ‘So Cold’ is Paul Woolford, the red hot UK producer who has turned out some of the biggest tunes of the year, from his vocal house anthem 'You Already Know' with Karen Harding (another Perfect Havoc regular) to his remix of Whitney Houston's 'Higher Love' as well as holding down his new BBC Radio 1 Residency. Here he layers up warm chords over deep, 90’s house beats and allows the vocal to soar.Bass master Cazztek has been making a big impact of late with his floor pumping tunes on the likes of STMPD RCRDS, Confession, Thrive Music and Big Beat. He brings a new perspective to his music and always unites dancers. His remix really jumps out of the speakers; a freaky jam with twisted synths and screwed up bass stabs, warped vocals and mad effects.Next up is Perfect Havoc’s remix maestro, Kokiri. Everything this young Liverpool producer touches turns to gold. On Perfect Havoc, his remix of Karen Harding’s ‘Picture’ stayed firmly on the airwaves with Mistajam for weeks on end, and via a string a credible releases on Ministry of Sound, Nothing Else Matters and Armada, he counts Annie Mac, Pete Tong, David Guetta, Oliver Heldens and many more as supporters. Here he layers in some turbulent bass that stays down low and makes the track that bit darker.Long time Perfect Havoc signing, Tobtok a.k.a Tobias Karlsson, is one of the most exciting young producers to emerge from the Swedish scene in recent years, releasing tracks on labels including Kitsune, Toolroom, Astralwerks, Ministry of Sound and more. His remix of ‘So Cold’ will gets hands in the air with big, festival sized chords and an expansive groove that soars to the heavens.French electronic music duo Raven & Kreyn, played and supported by David Guetta, Don Diablo and Avicii amongst others, offer a version to sing along to with big breakdowns and sunny synths that bring the good times, then finally, up and comers Bruer x Bright Lies up the ante with wild bass stabs, tender vocals and a real energy.