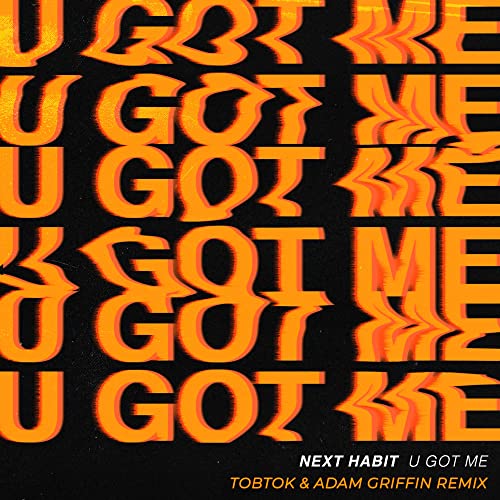 Next Habit - U Got Me (Tobtok & Adam Griffin Remix)

Next Habit emerged from the shadows of the UK underground scene to drop their debut track ‘U Got Me’ via Hoxton based label Perfect Havoc back in September which saw support from BBC Radio 1’s Scott Mills and Mistajam, KISS FM, KISS Dance and Capital’s Anton Powers; now follows a special remix from Tobtok & Adam Griffin who add their own spin and progressive house production to Next Habit’s hypnotic vocals.Having collaborated twice already, this duo are making quite the storm in the dance scene, with support coming from the likes of Annie Nightingale on BBC Radio 1, Steve Smart, Justin Wilkes and Apres for ‘The Sting’ followed by Mistajam self certifying ‘The Stand Off’ and championing the record multiple times in his Future Dance Anthems show on BBC Radio 1! Other supporters include Idris Elba, Gareth Wyn, Hardwell, Watermat, Todd Edwards, Riva Starr, Patrick Hagenaar & Redondo to name a few.Blending mainstream accessibility with timeliness song-writing style and soaring catchy vocals and between ‘U Got Me’ and their forthcoming tracks, Next Habit’s music presents an insight into the character of an enigmatic duo who are poised to make a breakthrough on the UK scene. Their live shows demonstrate an eclectic range of talents, from crowd-pleasing DJ sets that encompasses their ability to keep the dance floor moving all night long. Currently in the studio crafting new music, this is just the start of what looks set to be an exciting career for this emerging new duo!