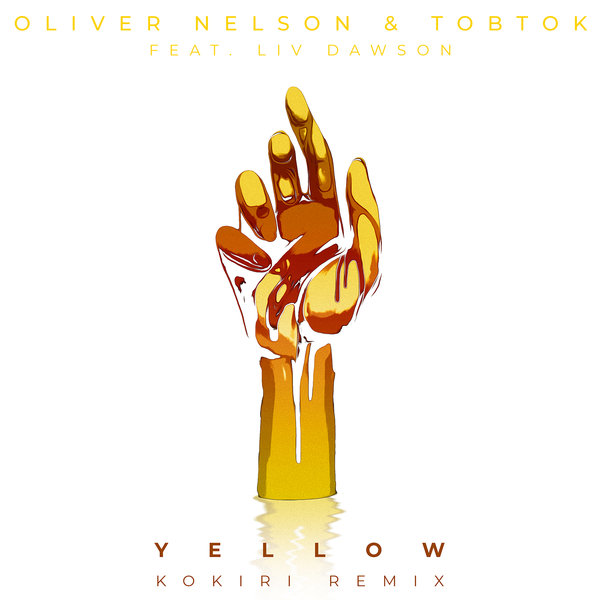 Having collaborated on remixes together for the likes of Albin Lee Meldau, Lemaitre, Frank Walker as well as their recent collaboration on “99 Red Balloons” and ‘Jealous’ the Swedish duo Oliver Nelson & Tobtok bring back their classic feel good sound alongside British Singer/songwriter Liv Dawson with Yellow on Perfect Havoc which has now reached over 1 million streams on Spotify alone and saw support from Scott Mills on BBC Radio 1 !After entering the WAVO Remix competition and being selected out of 800 entries ‘ILYAA’, delivers his own rendition of this catchy pop dance tune in a future bass Chainsmokers influenced remix. Also joining him is a Perfect Havoc UK newcomer by the name of Matt Sharratt with an up-tempo 90s house version to get your feet moving for that late night session.Oliver Nelson’s productions have amassed 250 million plus streams across platforms such as YouTube, Spotify and Soundcloud while reaching No. 1 on Hype Machine 10 times over. Career highlights include being a resident DJ in Europe for the tastemaker French label Kitsune, in addition to touring around the world, his own Toolroom Records mix compilation (Croatia Poolside 2016), his remix of NEIKED’s ‘Sexual’ (over 15.9 million streams to date and multiple plays on BBC Radio 1) and Ella Henderson’s ‘Ghost’ (19 million streams to date), his Polydor single ‘Found Your Love’ and his first ever collaboration with Tropical House king Kygo for the artist’s second album Kids In Love titled ‘Riding Shotgun’ which has generated over 27 million streams. In 2018 Oliver toured America at venues such as Output, Grasshopper Underground, Celebrities, The Standard LA, Love & Propaganda, Bang Bang and a debut in Vegas at Cosmopolitan’s Marquee followed by a swing over to Ibiza to support Kygo at Ushuaia.Next is Tobtok who has over 80 million streams on Spotify alone and 70 million YouTube views, 2018 saw Tobtok with incredible support from the likes of Pete Tong, Disciples, TCTS, Tiesto, EDX, Watermat and Camelphat to name a few, with releases such as On My Way, As I Sleep and Too Cool To Dance & Overlap. Tobtok’s biggest track in 2018 was ‘As I Sleep’ with fellow Swede Adrian Lux which has amassed over 12 million views on YouTube alone, over 4 million streams on Spotify and over 89x podcasts from industry renowned DJs from around the world. If this wasn’t enough, Tobtok also set his sights on touring America back in July and August starting at New York’s famous nightclub ‘Output’, followed by The Standard in LA, Love & Propaganda in San Francisco and No Vacancy Lounge in Portland with his travels ending up on the white isle in Ibiza to support Kygo at Ushuaia Ibiza Beach Club.In 2018 Liv Dawson appears a songwriter who has musically come of age - buoyed by experience, experimentation, and the same startlingly soulful voice and intimate insights into young adulthood that first saw the musical world come knocking to her sleepy hometown of Shepperton. Even before the release of ‘Tapestry’, aged 13 Liv started writing her own songs and performing around local clubs and pubs, finding a confidence – in part from childhood heroes like Lauryn Hill or Beyonce - which starkly contrasted with her shyness in the playground. She has been helped along the way by mentor-like collaborators including Disclosure, Tobias Jesso Jr., Marcus Mumford and HONNE, as well adding her own unique, richly soulful voice to tracks with the likes of Salute, Redlight and Kojo Funds. All of these experiences, in their own way, have led Liv Dawson to her recently released ‘Bedroom’ EP which has seen huge support from likes of Huw Stephens on BBC Radio 1, Pigeons & Planes, Clash, NME and Notion to name a few. Liv adds her flavour to Yellow which compliments Oliver Nelson & Tobtok’s feel good production.