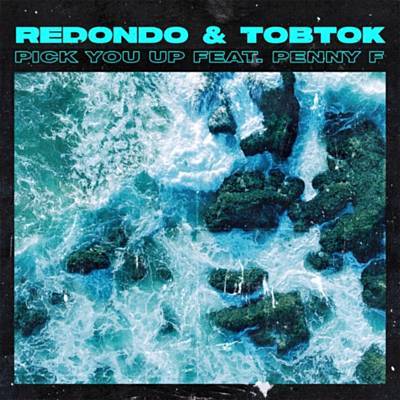 Following support from the likes of Scott Mills, Mistajam and Jordan North on BBC Radio 1 and gaining over 1.5 million streams on Spotify with the original ‘Pick You Up’, comes a full set of remixes from the likes of Crvvcks, Fuse, Toni Toolz, Kadian and BVD Kult.‘Redondo’ made up of Johan Jacobse, Freek Coppens and Simon Birkumshaw are based from Amsterdam, Netherlands and have been producing music for almost 10 years. Their biggest tracks include ‘Make Your Move’ with Anton Powers, which has achieved over 10 million streams on Spotify to date along with Love Too Deep with Ferrick Dawn, Every Single Piece, Casually (feat. Maria Z) and Sunday. Support has come far and wide for the duo including Pete Tong, Annie Mac, Scott Mills & Mistajam on Radio 1 along with DJs such as Camelphat, James Hype, Lost Frequencies, Sister Bliss, Sam Feldt to name a few.Signed to Perfect Havoc, Tobtok a.k.a Tobias Karlsson is one of the most exciting young producers to emerge from the Swedish scene in recent years, releasing tracks on labels including Kitsune, Toolroom and Ministry of Sound. With a sound ranging from nu-disco to house, Tobtok has enjoyed global success with tracks such as ‘Fast Car’ ft River (double platinum in Australia and streamed over32 million times) and his biggest track last summer, the piano-driven house track ‘As I Sleep’ with fellow Swede, Adrian Lux (13 million views on YouTube and 7 million streams on Spotify). Tobtok also hit the US DJ circuit in summer 2018, playing to packed out crowds at Output, The Standard, Love & Propaganda and ending up in Ibiza supporting Kygo at Ushuaia.