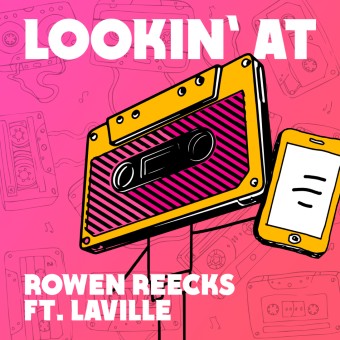 Hoxton based label Perfect Havoc welcomes bass house producer Rowen Reecks to its hitmaking roster with his new single ‘Lookin’ At’ featuring UK rapper / singer Laville. Together they deliver a dirty rolling bass house record, which drops on 11th September and is sure to make heads bop and feet shuffle across makeshift kitchen dancefloors everywhere. Available now on all platforms!

The profile of Dutch native Rowen Reecks has accelerated fast. It was after winning a DJ contest where he met industry goliath Hardwell that he set his sights on a full-time career as a DJ. After mastering his production skills between future and bass house, he’s now an in-demand artist releasing on powerhouse imprints Spinnin’ Records, Musical Freedom, Warner Music and more.

Heavy hitters in Reecks’ armoury include future house track ‘Someone’ on Ministry of Sound, which topped more than 3 Million global streams and saw heavy rotation on BBC Radio 1.  The powerful bass driven roller ‘These Sounds’ on Spinnin’ (sampling Double 99 – Rip Groove) with Charmes, and ‘Love No More’ via Boom Tsjak, which thanks to its vintage garage influences, was put on daily rotation on KISS FM Dance.

Singer / songwriter, Laville brings plenty of swag and attitude to this sassy release. His soulful tones skillfully suit a variety of styles: he appeared with grime don Big Narstie on the superb album cut 'Help' and with hip hop outfit, Foreign Beggars on ‘Reveal’. Laville’s majestic range was shown in all its glory with his acid-jazz debut album ‘The Wanderer’, which was steered by the expert hand of producer, Tristan Longworth. Laville’s bold voice adds a distinct edge to ‘Lookin’ At’ and it’s got all the markings to be another hit for Perfect Havoc.

This single is unquestionably another quality release for Perfect Havoc. Its breaking talent roster includes Joel Corry, Tobtok, Karen Harding, PS1, The Aston Shuffle, Mahalo, Eat More Cake and Parx to name a few. The label has hit half a billion global streams, has three UK Top 10 singles, and currently holds the record for the longest running No.1 single in the UK with Joel Corry & MNEK ‘Head & Heart’. The label A&R’s have an acute ear for both underground and mainstream hits, licensing to labels including Atlantic Records, Big Beat, Columbia Records, RCA, Ministry of Sound, Polydor, Toolroom, Thrive and Astralwerks.