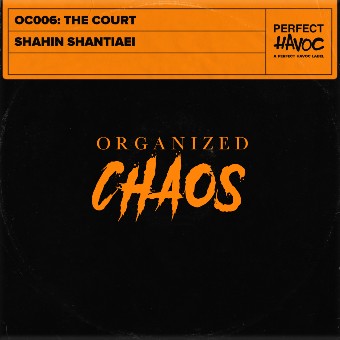 Hoxton-based label, Organized Chaos, is gaining an ever-increasing amount of traction since its launch earlier this year. Promising non-stop tunes and a devoted focus on tracks that cater for the 3am crowd, its latest release comes on 9th October in the form of ‘The Court’ where up and coming Iranian artist, Shahin Shantiaei introduce his undeniably standout musical persona. ‘The Court’ is a unique and attention-grabbing mix of enchantment and robust house music where sounds of the Middle East and Western hemisphere harmoniously meet. It is an innovative and refreshing sound to the Organized Chaos output and one that will please house music fans everywhere. Stream it now via all platforms!

Hailing from Iran’s capital, Tehran, Shahin Shantiaei is hotly-tipped as one of the middle east’s most promising up and coming talents. It was his love of music and melodies in early childhood that later saw Shahin learn to play piano and study musical theory before becoming a fully-fledged dance music producer. Since 2016, he’s proved his worth with releases on Prison Entertainment, Nueva Recordings and Samui Recordings, and has upped his game catching the eye of one the UK’s longest running house labels, Glasgow Underground, for release in late 2020.

But to the present, Shahin Shantiaei has found himself in bed with one of London’s freshest sounding labels, Organized Chaos for his latest release. On ‘The Court’, Shahin’s clear and present influence from the eastern world offers a refreshingly captivating spin on the archetypal peak-time club banger format, whilst retaining all the potent characteristics of a decisive dance cut. With spins on previous tracks from the likes of Cosmic Gate and Mawayy, it’s an exciting time to see what new support lies ahead.

Since its creation in May 2020 by music industry boffs, Adam Griffin and Rob Davies, Organized Chaos has been on a mission to release bang up-to-date house music. Releases so far include its debut single, ‘Don’t Over Think It’ by house icon Todd Terry, super-producer James Hurr (Mark Knight, Prok & Fitch), and label founder, Adam Griffin; a collaboration between Mahalo and Milkwish with their modern take on Tangerine Dream’s 1984 hit ‘Love On A Real Train’; plus other outings from Nathan C, Franklin, Ruff Club, Fizzo & Jay.