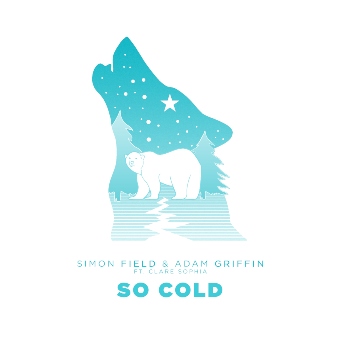 Perfect Havoc is thrilled to welcome back Simon Field to the label with his brand new single ‘So Cold’, out 29thJanuary. Produced alongside Perfect Havoc label don Adam Griffin and featuring the talented Liverpool artist Clare Sophia on vocals, they deliver a cool piano house anthem, with sleek production and soulful vocals, that will make sure to keep you warm this winter.

For Perfect Havoc co-founder Adam Griffin, his colourful career cites DJing in the early 90’s at pivotal London venues such as The Cross and Hanover Grand, to holding senior roles within the industry at imprints like RCA and INCredible -Sony’s flagship dance label. After he co-founded the Perfect Havoc label and management brand alongside Robert Davies, Griffin stepped into the studio in2019 to release contagious house cuts and recent releases proves this label boss can step up to produce with the very best of them.  ‘The Sting’ was supported by Annie Nightingale, ‘The Stand Off’ supported by Mistajam and made Future Anthem on BBC Radio 1 and ‘Don’t Overthink It’, produced with house icon Todd Terry, received the same support from Radio 1.Over 7 million streams have been generated so far by this versatile label head who is just getting started.