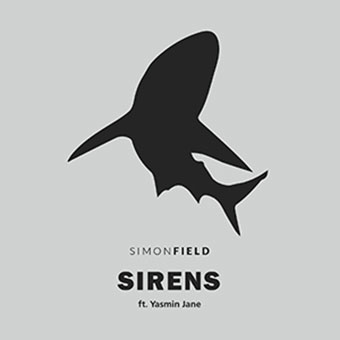 Returning back to Perfect Havoc is Norwegian DJ and producer, Simon Field with his new single ‘Sirens’ featuring UK singer songwriter Yasmin Jane who together delivery a hypnotic and Ibiza influenced club banger.

In addition,Simon’s music has been featured in US TV series, Californication and Ugly Betty, and in the Academy Award nominated film, Passengers.  Champions ofSimon’s sound span Mistajam and Scott Mills on BBC Radio 1,Mixmag, Majestic, Joel Corry, Just Kiddin, Tiësto, The Dixon Brotherson KISS FM, and in his homeland in Norway on Kiss and NRJ.Simon is also a respected tastemaker himself with over 350k people followers on his ‘Ibiza 2020’ playlist on Spotify and Apple.

Simon’s single‘Shake The Tree’ was recently used in the latest series of Elite in March 2020which saw the track chart in multiple countries such as Spain, Argentina,Mexico, Chile and Germany on Shazam and iTunes, the track also saw additional support from KISS FM in Norway and Mistajam on BBC Radio 1.

Featuring on Sirens is UK singer-songwriterYasmin Jane, who’s distinctive tone, heartfelt lyrics and powerful hooks create music that is not easily forgotten. Yasmin has previously been supported by BBCIntroducing and KISS FM; with her debut single ‘Come a little closer’ which was also made record of the week. Her remix collaboration with Oliver Jack amassed over 300k streams across Spotify and YouTube. Yasmin Jane has songs signed toNinja Tune and Sony Music, whilst also having had multiple syncs on Netflix, most noticeably on hit reality show Love is Blind, not to mention everything else she has been doing behind the scenes, currently collaborating with producers behind hit Maker HARVY working with Red Triangle productions on herEP, selling out her debut show at the famous music venue Hope and AnchorIslington amongst various shows at Cargo, o2 academy 2 and Ocean Beach!

Her recent collaboration with Debut act Co-Dehas already amassed well over 100K streams in under 4 weeks and picked up byRussia’s biggest radio station, she has a lot up her sleeve and she’s not one to miss. With similarities to Robyn’ Yasmin prides herself on writing meaningful lyrics, mixed with big, catchy choruses guaranteed to stick with you.