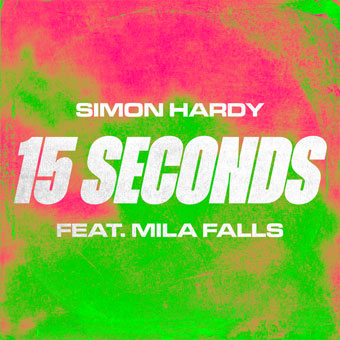 Perfect Havoc are thrilled to welcome back Simon Hardy with his new single 15 Seconds featuring ‘New Levels’ hit-vocalist Mila Falls. Following on from his Perfect Havoc 2020 hit ‘Crazy Love’, 15 Seconds is a sleek piano house anthem that’s straight to the punch with a singalong chorus provided by Mila’s soaring vocals.

Simon Hardy is best known for his DJ work and being a resident at the well known UK club Ministry of Sound and Hed Kandi brand, which also followed with Simon releasing his own music and remixes for artists such as Sigrid, Ella Eyre, Ayah Mara & Tom Bull and Oliver Nelson. Being connected to The Ministry of Sound brand, Simon put his skills to the radio and became Ministry of Sound’s official music programmer for their online radio station as well as being part of the Capital FM Weekender DJ team, regularly delivering the latest chart topping tunes on the show every week.