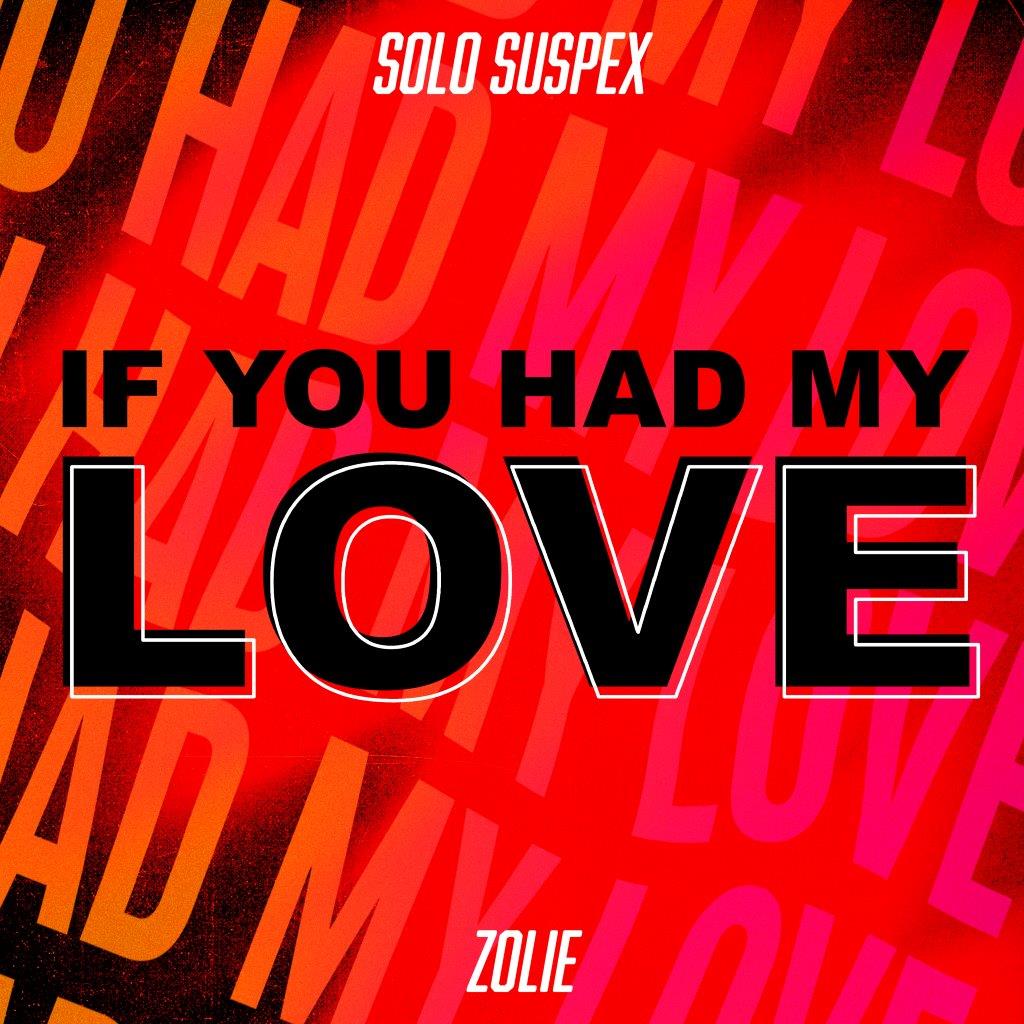 Perfect Havoc are thrilled to have Solo Suspex on the label with his new track ‘If You Had My Love’. A fresh house reboot of the Jennifer Lopez classic by the same name ,‘If You Had My Love’ is an energetic piano house anthem with a deep bassline and euphoric piano chords. Featuring vocals by Zolie who puts her own twist on the vocals whilst staying true to the original, the track is the perfect addition to any summer party.

London based DJ & producer Solo Suspex arrived in 2017 on AATW/Universal with debut single 'They Don't Know'. It has over 10 million Spotify plays, and received strong playlist support from New Music Friday to Massive Dance Hits.
Follow-up 2018 single ‘Back To You' on AATW/Universal has over 5 million Spotify plays. It was championed by MistaJam on BBC Radio 1 Dance Anthems, with across KISS, and added to KISS Fresh playlist. Tastemaker club support came from Oliver Heldens, and Afrojack.

Zolie is a Zimbabwean born British singer-songwriter and vocalist hailing from Manchester. She cites her sound as drawing inspiration from her native country and influences from contemporary and world music. Growing up, Zolie was active in feeding her passion for music and started performing and competing in several talent shows from a very tender young age, many of which she has placed first with her original compositions playing the guitar. Her family and friends have been instrumental in her journey to becoming an artist, encouraging her to bite hard and chase her dreams. And she definitely has some big dreams.

Zolie describes her sound's personality as 'nostalgic, experimental, fun and true; whatever that entails...on that day anyway'. Being a multi-genre artist, Zolie's venture into dance music came naturally, with nights out with friends in Manchester unknowingly fuelling her love for the genre and the scene. Zolie has recently turned her focus to music production to immerse herself more in her art and continue developing her sound. In future, she hopes to fuse her sound and collaborate with more artists and producers on upcoming projects.