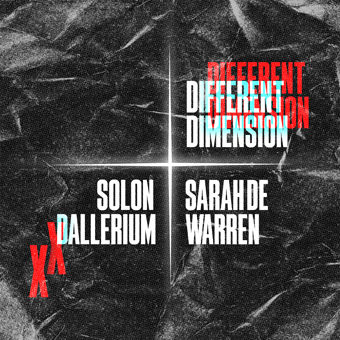 Dino Travaš and Tomislav Zovko a.k.a. Dallerium are up and coming producers from Zagreb in Croatia. Their breakout track ‘Need U’ released on LYD in 2018 has received over 4 million streams to date. It laid the foundations for a string of successful releases and remixes on such labels as Sony Music, Future House Music, Selected and Musical Freedom, and a myriad of top-tier DJ support from Tiesto, Martin Garrix, Hardwell and many others. The duo’s remix of ‘Swear To God’ by Famba on Sony made such waves that 1001Trackliststipped the remix at #4 in its Newcomers Chart. Also a career highlight was the 2020 release ‘Spotlight’,  a rework of Jennifer Hudsons track of the same name, which in addition to Miami house producer, Alyx Ander, featured oneof dance music’s most in-demand voices, Kaleena Zanders, courting big radio support from the likes of BBC Radio 1, SiriusXM BPM, Music Choice and Channel Q and has amassed over 3 million global streams. With aslate of more original material scheduled for 2021, expect to hear a lot more from Dallerium.

SOLON is one of the most promising new acts of 2020. Within a short time, he locked in releases on several a-list labels and got supported by top world DJ's such as Oliver Heldens, Armin Van Buuren, R3HAB, Hardwell, and many more.

He chooses to hide behind his humble hoody in order to direct all the attention to his music while focusing on expressing emotions and feelings that enable enjoying the present moment. The love for music developed at an early age by taking classical piano lessons and listening to radio programs every night. Being influenced by techno and house pioneers, SOLON adds a compelling melodic touch to his strong bass lines. With powerful and inventive tracks, SOLON has created a unique capacity to fuel both intimate dancefloors and massive clubs with contagious energy and drive.

Taking the industry by storm, SOLON’s latest release ‘Ready For The Night’ was featured in Armin van Buuren’s show of A State Of Trance. His remix for Al-Frais & Superfinger ‘Shout’ is even charting in UK’s Music Week on #7Upfront Chart & #11 Mainstream Pop Chart. Be sure to keep an eye out, because there are more gems on the way.

Heldeep label boss Oliver Heldens premiered his latest track during "Tomorrowland’s Around The World” virtual festival event to huge acclaim,the tracklist of which hit #2 on 1001tracklists.com’s ‘Most Watched ID’ chart.

Feature vocalist and songwriter Sarah de Warren is a recognizable voice and name in the dance world, writing for and featuring on records for A-list DJs, as well as attaining more than a million monthly Spotify listeners on her own artist project. Sarah has landed cuts with Kaskade, Martin Jensen and Mike Perry, and her release schedule is packed, as demonstrated by over 40 release sin 2020. 2021 already has cuts with top tier DJs scheduled and the first few months of the year will be packed with incredible releases.

Sarah’s single ‘Giving You Up’ with Ben Nicky entered the UK iTunes Dance Chart and satat #1 on the Beatport charts for 3 weeks. In addition to this, her songs have entered the Viral Charts (Global #5, US #8, UK #2), been aired on BBC Radio 1and received regular DJ support from the likes of Armin Van Buuren, who picked out two of her songs for his 2020 year mix. Her song ‘Back To Life’ was listed as one of the most played trance songs of 2020, according to 1001 tracks. She has released music on the imprint labels of Gorgon City (Realm), Nicky Romero(Protocol) and Gareth Emery (We’ll Be OK) to name a few, as well as working closely with huge dance labels such as Armada and Spinnin’. Receiving regular New Music Friday support (20+ countries) and spots on Spotify’s editorials ,it’s no surprise that Sarah has seen tens of millions of streams across her features, writing credits, and her own releases.