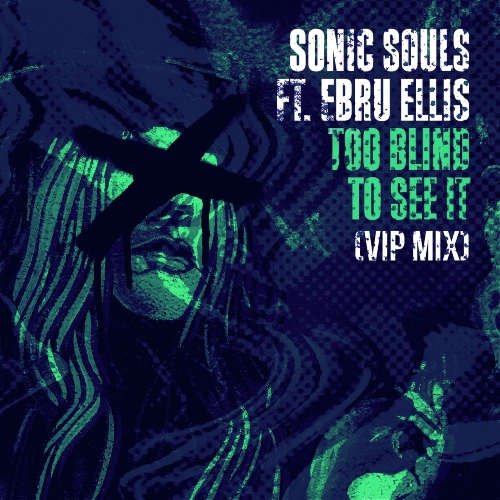 Sonic Souls return to put a new spin on their debut track ‘Too Blind To See It’ featuring vocals from Ebru Ellis – a remake of American singer Kym Sim’s 1991worldwide hit with a modern day house twist. The VIP Mix, released through London based label Perfect Havoc, showcases Sonic Souls deeper, clubbier sound that is sure to be a hit in the clubs.

Between the trio of producers behind Sonic Souls they have spent a total of 8 Years and 2 Months (Yes a total of 427 weeks) in the UK Charts, with previous tracks they have written/produced/remixed. This includes an incredible 11 weeks at the No.1 spot and 86 weeks or 1 year 7 months, inside the Top 10.

Blending mainstream accessibility with timeliness production style and soaring catchy riffs, ‘Too Blind To See It’ is perfectly poised to soundtrack the sizzling end to the summer of 2020. Between ‘Too Blind To See It and their forthcoming tracks, Sonic Souls music presents an insight into the character of an enigmatic trio who are poised to make a breakthrough on the UK scene.

Ebru Ellis lives in the heart of London town. Whilst growing up, it was trendy for most young girls to be into contemporary pop artists played on the radio and on TV. Ebru on the other hand was captivated by the sounds of Ella Fitzgerald, Nina Simone and Shirley Bassey, with love for Beyoncé, Floetry, Mary Mary and Jill Scott. It’s obvious to see where Ebrus pedigree came from, coupled with her raw gift of singing, Ebru has conjured a unique but rare sound that can be placed alongside todays greats.